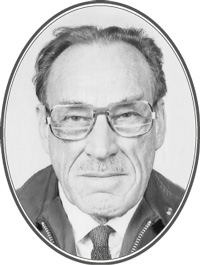 Terry Spencer was born in Tenterfield, New South Wales, on 18 April 1917. He was brought up on a grazing property, where, because of isolation, education was difficult, but he was encouraged to read and absorb a wide range of information. He showed particular interest in mechanical matters, excelling in shooting with both rifle and pistol.

After some years at Tenterfield Rural School and at "Shore" school in Sydney, Terry educated himself at home while working on the property, eventually passing his matriculation exams through the International Correspondence School at the age of 23. He enrolled in the Faculty of Science at the then New England University College, where he met his future wife, Margaret Cumpston.

His studies were interrupted by the war. In 1940, he enlisted in the Air Force and trained as a radio and radar mechanic. Active war service contributed to the deafness that handicapped him in later life.

When war ended, Terry was accepted as a medical student at the University of Sydney. After graduating in 1951, his first medical appointment was to Thursday Island, in the Torres Strait, where he took a special interest in diagnosis and treatment of tuberculosis in Indigenous people. It was there that his enduring interest in tropical medicine and insect-borne diseases began.

In 1953, after gaining the Diploma of Tropical Medicine and Hygiene from the University of Sydney, he joined the Department of Health in Papua New Guinea. During his stay there (1953–1961), he became a specialist in the epidemiology and control of malaria. His expertise was recognised by his election as a Fellow of the Australasian College of Tropical Medicine in 1992.

Terry was a grazier, a malariologist, a great storyteller and a general practitioner with a wide range of abilities. Capable, conscientious and enthusiastic, with a quiet and friendly manner, whatever he undertook he carried out with integrity and to the best of his ability. He tackled all problems with courage and determination, not least his increasing helplessness in later years. He died on 15 February 2002. A loving and supportive husband and brother, Terry is survived by his wife Margaret and sister Anne.