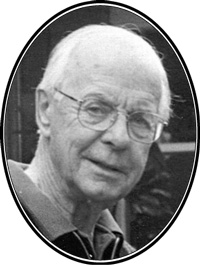 Born on 18 March 1918 at Gundagai, in New South Wales, Eric De Salis came from a family that had a long association with the pastoral industry in the Monaro district of south-eastern NSW. His early schooling was at a family property, "Soglio", near Michelago. From 1930, he attended Canberra Grammar School, where he excelled in sport (tennis, athletics, cricket and football) and was both a prefect and dux of the school in his final year, 1936.

Eric graduated in medicine from the University of Sydney in 1942. During his student years he met Dorothy Pratt, whom he married in 1943. From 1944 to 1946, he served Australia in the AIF as a medical officer with the field ambulance service in Papua New Guinea and Borneo. As one of the first Australian doctors to use penicillin in the field in Papua New Guinea, he described its effect as "miraculous" in helping desperately ill soldiers to recover in a remarkably short time.

After the war, Eric worked in diagnostic laboratories at the School of Public Health at Sydney University, the Royal North Shore Hospital in Sydney, and the Commonwealth Health Laboratory in Townsville, where he became adept at the laboratory diagnosis of tropical diseases. He gained a Diploma in Public Health in 1946.

In 1950, Eric was appointed Director of the Health Laboratory in Canberra. He expanded its clinical diagnostic services in haematology (his subspecialty), biochemistry and microbiology, and, in 1952, introduced a Pap-smear screening service (one of the first in Australia). He gained his Fellowship of the Royal College of Pathologists of Australasia in 1956.

In 1965, the diagnostic laboratory was relocated to Canberra Hospital, where, in 1968, Eric was closely involved with Dr Bill Coupland in performing one of the first bone marrow transplants in Australia. Two years later, after recovering from a severe heart attack, Eric resigned as director of the laboratory, but continued to work as senior specialist in charge of haematology until his retirement in 1979.

Eric developed motor neurone disease that progressed inexorably. This was a particularly cruel blow for a pathologist and for someone who had excelled in sport. He bore the pain and the restrictions imposed by the disease without complaint, showing a quiet fortitude and remarkable courage up to the time of his death on 14 February 2002.

Eric's selflessness and modesty as a professional colleague were widely acknowledged, as were his skills in many fields of pathology and his prompt response to calls for assistance, at any hour, at Canberra Hospital. He was respected by all who knew him.