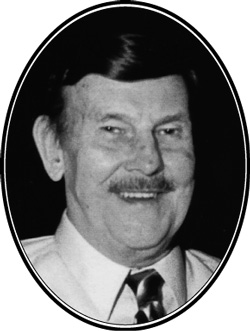 Richmond Rikard-Bell, a pioneer in the field of human sexuality studies, was born on 25 April 1922 in Sydney.

He was educated at the King's School, Parramatta, and enrolled in medicine at the University of Sydney in 1941. When war broke out in the Pacific in 1942, he took leave from his medical studies to enlist in the RAAF and saw active service in the Pacific. He completed his medical degree in 1950.

Richmond worked as a Resident Medical Officer at St George Hospital, then spent five years in a country practice at Captain's Flat, near Canberra. He then moved to Sydney, where he established the first medical practice in the Peakhurst–Lugarno area, as well as a practice at Brighton-le-Sands, where he remained until his death. It was a family practice with a strong emphasis on mothers and babies. Early on, he noted that the young couples whose babies he delivered were often extremely ignorant about marriage, birth and sexual technique, and that this often led to much unhappiness. In setting out to rectify this, he became a pioneer in the field of human sexuality studies, giving courses of instruction to young couples and lecturing at the University of New South Wales to third- and fourth-year medical students. His book, Loving sex, published in 1991, has been widely acclaimed by the public and members of the medical and allied professions. He regarded this as his life's work.

Richmond married Joan Davies in 1945 and had a very happy family life with his own six children and two adopted children. The medical tradition in his family is continued by three sons who have become outstanding doctors.

Richmond had a lifelong interest in cricket and overseas travel. Although his last years were marred by periods of ill health, he never allowed these problems to affect his happy disposition and interest in his work and hobbies. Diagnosed with carcinoma of the colon, he faced his illness with fortitude and a positive attitude, seeing patients until the end. He died on 19 November 2001.