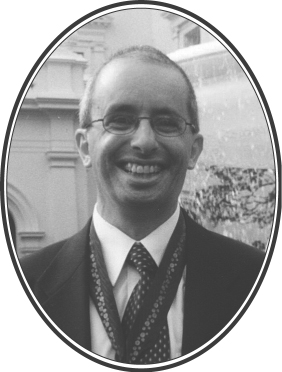 Chris Silagy was born on 14 September 1960 and educated in Melbourne. He graduated in medicine from the University of Melbourne in 1983 and completed a PhD in epidemiology at Monash University in 1992.

After spending two years in Oxford as the Sir Robert Menzies Scholar in Medicine, Chris returned to Australia in 1993, at the age of only 33, to take up the foundation Chair of General Practice at Flinders University. He was actively involved in supporting the development of the Cochrane Collaboration, both in Australia (as Director of the Australasian Cochrane Centre from 1994 to 2001) and internationally (as Chair of the international Steering Group from 1996 to 1998).

In February 1999, Chris moved to Melbourne to take up the position of Professor of Public Health and Foundation Director of the Monash Institute of Health Services Research. He had a passionate belief in the need for an evidence-based approach to healthcare and the important role that consumers have within that process. He was a strong public advocate for this approach, reinforced by his personal need for reliable information after he was diagnosed with non-Hodgkin's lymphoma in 1997.

Chris spent the last few years of his all-too-short life cramming in as much as he had always done. He was fully involved with his national and international committee work, speaking engagements, and research activities. In 2000, he was appointed to chair the board of the newly established National Institute of Clinical Studies. He was also Deputy Chair of the National Health and Medical Research Council (Health Advisory Committee).

Chris also found time to serve the community. For almost 20 years he was actively involved in scouting, holding the posts of Branch Commissioner for Scouts in Victoria and National Commissioner for Youth Program. He managed to combine all these activities with a strong and devoted commitment to his family. He was immensely proud of the achievements of his wife Jane and sons Andrew, Michael, Nicholas and Benjamin.

In 2000, he was made an Officer of the Order of Australia for services to medicine, an award of which he was extremely proud. In the end, his battle with lymphoma was lost, but his vision and legacy will live on in many ways.

[Postscript: Chris Silagy died on 13 December 2001, at the age of 41. It was his wish that a fund be established in his memory to help continue the work of the Cochrane Collaboration. Donations to the "Monash University Medical Foundation — Chris Silagy Fund" can be forwarded to Monash Institute of Health Services Research, Locked Bag 29, Monash Medical Centre, Clayton, VIC, 3168.]