The sickle haemoglobin gene has deleterious health effects in people who are homozygous. However, it does confer protection against malaria and has concentrated, with other protective haemoglobinopathies, in areas of the world where malaria is endemic.1 It is found widely in Africa, the Mediterranean, the Middle East and parts of India, and in communities of African descent in countries such as the United States and the Caribbean,2 but has never previously been reported in Papua New Guinea. This seems surprising in a country where malaria is endemic, where the thalassaemias are common,3-5 where there is a wide variety of G6PD variants6,7 and where Southeast Asian ovalocytosis (SAO) is also common. 8,9

Here, we report the first documented case of the sickle-cell gene in a Papua New Guinean.

A four-year-old boy from the Oro Province of Papua New Guinea was admitted to hospital with pain over the left upper abdominal quadrant after a fall. He had been admitted on previous occasions with recurrent anaemia. He was pale, with a temperature of 38°C. His spleen was palpable 6 cm below the left subcostal margin. There were no other significant findings.

Discussion with the parents after sickle-cell/β+-thalassaemia was confirmed disclosed that the mother's grandmother was either African or of mixed Solomon Islands and African parentage. She had originally come to Papua New Guinea early in the 20th century as a missionary and had married into the local community. The patient's immediate pedigree is shown in Box 3.

Marriage outside traditional boundaries is generally accepted as being genetically beneficial. Our case report indicates the rare corollary of such wisdom, in which a gene has been introduced into the community which, while beneficial in normal heterozygotes, is deleterious in homozygotes and in combination with other abnormal genes. The fact that the gene is not clinically expressed in the heterozygous state has disguised its presence until manifestation in our patient with the serious clinical effects resulting from double heterozygosity. It is highly probable that the gene is established in other Papua New Guinean descendants of our patient's great-grandmother. 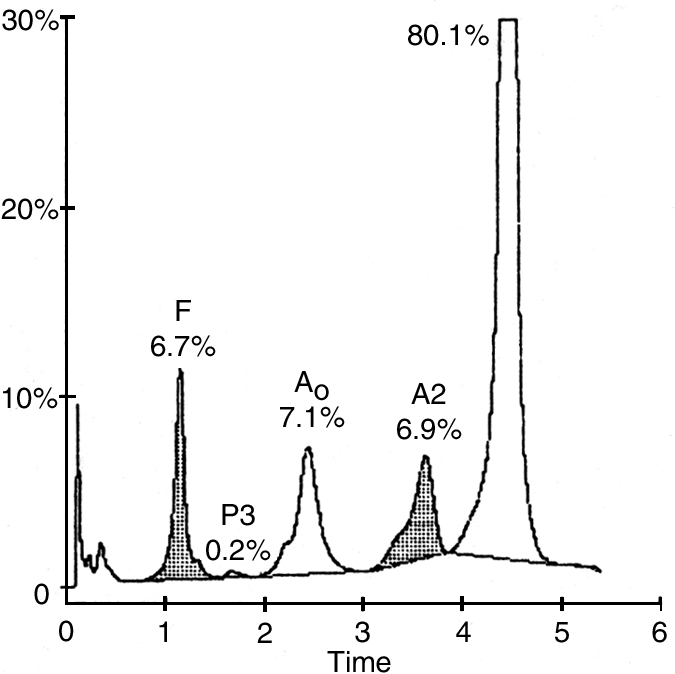 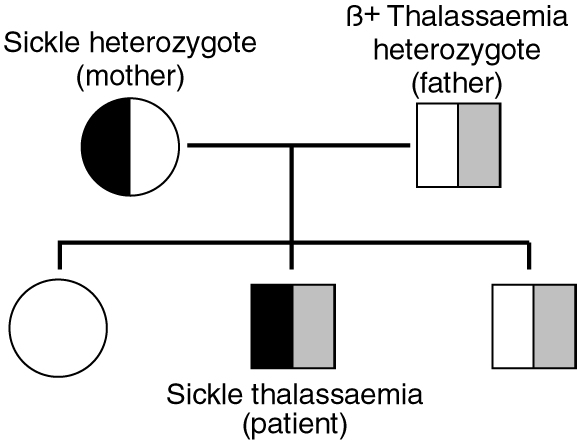 We gratefully acknowledge the patient's family for giving permission to report the case, and the help of the medical laboratory technicians of Popondetta General Hospital. We thank Dr Max Steward of Cairns Pathology and the staff of Sullivan Nicolaides Pathology, Brisbane, for their assistance with the sickling test and with HPLC and electrophoretic analyses. We are grateful to the staff of the Audio Visual Unit of the Medical Library, School of Medicine and Health Sciences, UPNG, for help with preparation of the figures.