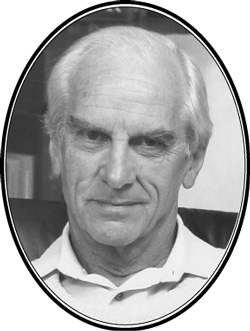 Emeritus Professor Wallace Ironside, Foundation Professor of Psychological Medicine at Monash University, Melbourne, died in Sydney on 19 July 2001. He was a pioneer of academic psychiatry in New Zealand and Australia.

Wallace Ironside was born in China on 31 July 1917. After undergraduate medical training at Aberdeen University and war service in Italy, he trained in psychiatry at the Royal Aberdeen Infirmary (1946–1947) and worked at the Crichton Royal Hospital in Dumfries, Scotland (1947–1949), where Douglas McCalman and W Mayer-Gross shaped his lifelong interest in developmental and dimensional issues of psychopathology. He was a lecturer at Leeds University, UK, from 1949 to 1952.

From 1959 to 1960, as a Fellow in George Engel's Department of Psychiatry in Medicine at the University of Rochester, New York, Wallace consolidated his special interest in liaison psychiatry and medical education. Engel's biopsychosocial model became the basis of integrated medical education in the Western world.

Wallace promoted Engel's model when appointed to the Foundation Chair of Psychological Medicine at Otago University, Dunedin, New Zealand, in 1953, and later to the Foundation Chair of Psychological Medicine at Monash University, Melbourne, in 1969. There, he initiated a teaching program that had medical students considering psychosocial issues from their first day and following the psychosocial health of families over time. With clinician colleagues, he initiated a training program for psychiatrists that was based in general hospitals rather than psychiatric institutions, and had them enrol in a Master's degree in Psychological Medicine. His research focused on emotionally deprived children.

Wallace was President of the Royal Australian and New Zealand College of Psychiatrists from 1972 to 1973, and cofounder and inaugural President of the Victorian Association of Psychoanalytic Psychotherapists, 1975–1976. He served on a number of hospital boards and National Health and Medical Research Council committees.

After retirement from Monash University in 1982, Wallace continued his academic and clinical activities for a further seven years, retiring from these only when his hospital, Prince Henry's, was demolished and its functions relocated to Monash Medical Centre. There, his influence is still strongly felt: the Centre is a bastion of liaison psychiatry that continues the fight to have all patients seen as integrated human beings with biological, psychological and social needs. A new generation of students and psychiatrists receive this wisdom; this is Wallace Ironside's memorial.