The number of tests for vitamin D deficiency in Australia rose steeply between 2000 and 2011, from 0.4 to 36.5 tests per 1000 population; the cost to Medicare increased from $1.1 million in 2000 to $95.6 million in 2010,1 and peaked at $151 million in 2012–13.2 Consequently, the Medical Benefits Schedule (MBS) items for testing (66608, 66609) were replaced in November 2014 by new items (66833–66837) with the aim of restricting testing to people at particular risk of vitamin D deficiency, including those with a history of osteomalacia or osteoporosis, elevated alkaline phosphatase levels, hyperparathyroidism, hypo‐ or hypercalcaemia, hypophosphataemia, malabsorption, chronic renal failure, deeply pigmented skin or chronic and severe lack of sun exposure, or a diagnosis of vitamin D deficiency, and people who used medications that reduce 25‐hydroxyvitamin D levels.3

The Royal College of Pathologists of Australasia,6 like most medical authorities, does not recommend screening for vitamin D deficiency. The marked overall increase in testing since 2015 is not explained by changes in demographic or clinical factors, suggesting that at least some screening is unnecessary and that ordering doctors are either unaware of or do not support the new MBS vitamin D testing criteria. Evidence‐based guidelines6 and MBS policy, accompanied by education and audit activities, have failed to contain the level of vitamin D testing. Further, people who are socio‐economically disadvantaged or at particular risk of vitamin D deficiency, including Indigenous Australians, are still tested less frequently than other Australians.4 Finally, people at clear risk of vitamin D deficiency could be treated without testing, especially as the cost of supplementation ($2.25 per month) is only a fraction of that of a vitamin D test ($30.05).

High quality research is needed to provide evidence for informing interventions that curb the use of low value tests in a health system that encourages a high volume of services, but not necessarily better value care. 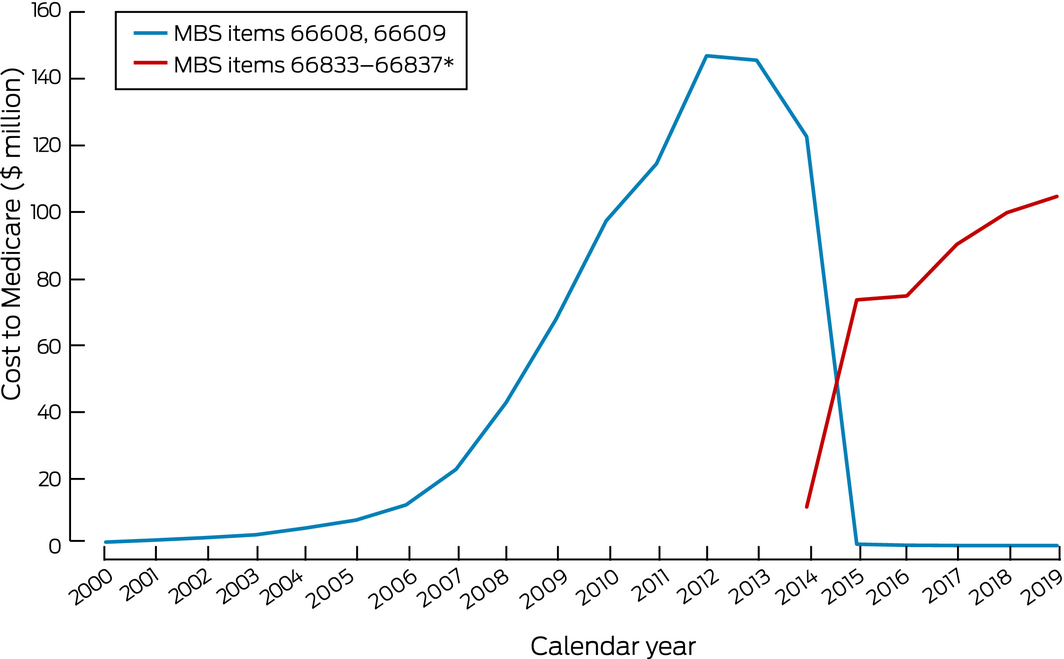