Scientists in pyjamas: characterising the working arrangements and productivity of Australian medical researchers during the COVID‐19 pandemic

Objective: To characterise the working arrangements of medical research scientists and support staff in Australia during the COVID‐19 pandemic, and to evaluate factors (in particular: wearing pyjamas) that influence the self‐assessed productivity and mental health of medical institute staff working from home.

Conclusions: Our findings are probably applicable to scientists in other countries. They may help improve work‐from‐home policies by removing the stigma associated with pyjama wearing during work and by providing support for working parents and early career researchers.

The known: The COVID‐19 pandemic has caused major workplace disruptions.

The implications: Our findings may help remove the stigma attached to pyjama wearing, and shape policies about working from home and supporting early career researchers and those with young children.

The coronavirus disease 2019 (COVID‐19) pandemic has caused life‐threatening disease for millions, overwhelmed health care systems, brought economies to a standstill, and spurred a wave of opportunistic research publications. In Australia, restrictions on public gatherings and social interactions, as well as work‐from‐home recommendations, began in March 2020. Medical research institutes introduced remote working and suspended laboratory activities and clinical trials,1 in line with their overseas counterparts.2 This left many scientists scrambling to complete “one last” experiment and worrying about the capabilities of their home internet service.

Although telecommuting is attractive for many reasons, evidence of its detrimental effects on productivity and health is growing.3 Initial studies of medical research scientists also found poorer mental health and heightened anxiety.4 In addition, working from home may increase the temptation to wear pyjamas all day, a habit associated in hospital patients with reduced mental health.5,6

We conducted a survey to characterise the working arrangements of medical research scientists and support staff in Australia during the COVID‐19 pandemic. We aimed to determine factors that influence self‐assessed productivity and mental health, particularly whether wearing pyjamas while working from home was associated with lower productivity.

Our survey was available online (Google Forms) between 30 April and 18 May 2020; easing of pandemic restrictions in Australia had begun by mid‐May. An invitation to participate was emailed to all staff, students and affiliates of the Woolcock Institute of Medical Research, Sydney, and later extended to other medical research institutes in Sydney (Garvan Institute, Children’s Medical Research Institute, Centenary Institute, Brain and Mind Centre). No identifying personal data were collected, and participants were informed that the survey was voluntary and that the anonymous data collected would be analysed for publication.

The survey included 22 questions about gender, age group, academic level, and workplace, as well as about typical attire during work hours, the presence of children and pets at home, home work settings, and teleconferencing arrangements, including virtual backgrounds (online Supporting Information).

The primary outcome was self‐reported change in productivity; that is, whether productivity with respect to a nominated task had “increased”, “remained the same”, “decreased”, or “NA (not applicable)” since working from home. Respondents who selected “not applicable” were excluded from analyses involving the relevant task. The tasks assessed were overall productivity, administration, submitting papers, writing papers, reviewing papers or grant applications, grant application writing, data analysis, new ideas generation, and standard operating protocol (SOP) writing.

Responses by non‐scientists and scientists were compared in χ2 or Fisher exact tests (categorical variables) or t tests (continuous variables). The influence of selected factors on the primary outcome measures was examined by comparing the group distribution of responses in χ2 tests.

Our study was approved by the University of Sydney Human Research Ethics Committee (reference, 2020/685).

A total of 163 people responded to our survey (including 48 of 286 staff and students on Woolcock Institute mailing lists [17%]) (Box 1); 29 were in administration/operations, finance, information technology, fundraising or other research support activities (“non‐scientists”), and 131 selected an academic level or research position (“scientists”); three who identified as clinicians without selecting an academic level or research position were classified, in the absence of further information, as non‐scientists.

Working arrangements during the pandemic

The most frequently cited workplace arrangements were the kitchen/dining table (69 of 163 respondents, 42%) and individual (46, 28%) or shared home offices (36, 22%). Five respondents reported working in their bathroom and one respondent reported setting up a microscope on their dining table, presumably for work purposes. There were no differences between non‐scientists and scientists in the frequency of work setting types (Box 2).

Non‐scientists and scientists did not differ in their teleconferencing preferences; in fact, most respondents (106 of 163, 65%) did not use virtual backgrounds, and 20 (12%) did not even know what a virtual background was (although five extolled the virtues of good camera angles and lighting). A wordmap of virtual backgrounds reported by at least two respondents is shown in Box 3. Other creative approaches to virtual backgrounds included customising according to the theme of the meeting, streaming videos to distract from lacklustre presentations, and photos of Australia cheating at cricket (presumably from a respondent born across the [trans‐Tasman] ditch).

A large proportion of participants experienced increased productivity while working from home; this was most evident for writing manuscripts (43 of 106 responses, 41%). However, early career investigators were less likely than more established researchers to experience increased productivity; for example, 17 of 27 research assistants/interns (63%) and 13 of 21 postgraduate students (62%) reported reduced overall productivity. More than one‐third of respondents (59 of 148, 40%) reported that working from home resulted in poorer mental health (Box 5).

Wearing pyjamas was not associated with differences in self‐reported changes in productivity for any of the measures examined. However, wearing pyjamas was associated with more frequently reporting poorer mental health. More participants who wore pyjamas during the day at least one day a week reported that their mental health had declined while working from home (37 of 63, 59%; v non‐pyjama‐wearers: 22 of 84, 26%; P < 0.001; Box 6); the same applied when considering pyjama‐wearing among scientists alone (32 of 55, 58%; v 18 of 64, 28%; P = 0.003).

Effect of children or pets at home

We have characterised the working arrangements of scientists and non‐scientists from medical research institutes in Sydney during the COVID‐19 pandemic. Only a minority of respondents wore pyjamas during the workday; this practice was not associated with lower productivity, but it was associated with poorer mental health. In contrast, having toddlers or schoolchildren at home reduced productivity but did not affect mental health.

Challenges of working from home

Despite being frowned upon by occupational health and safety policies, the kitchen or dining table was the most popular work‐from‐home setting. The sad reality of Sydney housing costs means that many researchers cannot afford homes with separate studies or work areas. We were relieved to find that only 3% of respondents resorted to working in their bathrooms. By far the most frequent causes of disruptions to teleconferences were internet connectivity problems, possibly reflecting the poor performance of the National Broadband Network compared with internet in other OECD countries.7

Improved productivity was most frequently reported by survey respondents for specific tasks, including article writing. Academics often work outside contractual hours,8 and telecommuting and the lack of social and other workplace interruptions perhaps afforded many people more time to dedicate to work. However, early career researchers were less likely to report increased productivity. Laboratory lockdowns and the inability to recruit participants for experiments or to collect field data are likely to have a greater impact on early career than more senior researchers.9 As many as 75% of Australian PhD students, an already vulnerable population,10 are expected to experience financial hardship and 45% have considered disengaging from their studies because of the pandemic.11 Strategies to alleviate this situation could include boosting their productivity by encouraging them to prepare reviews, extending scholarship funding, or suspending PhD tuition fees.9,12

A larger proportion of people who wore pyjamas during work hours than of non‐pyjama wearers reported declines in mental health during the pandemic. While we cannot determine whether wearing pyjamas was the cause or consequence of mental health deterioration, appreciation of the effect of clothing on cognition and mental health is growing,14 as observed in hospital patients (“blue pyjama syndrome”, “PJ paralysis”): encouraging patients to wear normal day clothes can reduce the severity of depression.5,6,15 The simple advice to get changed before beginning work in the morning might partially protect against the effects of COVID‐19 restrictions on mental health, and would be less expensive than the “fashionable” sleep or loungewear gaining popularity as working from home becomes the norm.16

The effect of children on productivity

Respondents completed the survey during school closures, when parents were heavily involved in the online schooling of their children. Unsurprisingly, children reduced productivity while parents were working from home, particularly toddlers, who need to be constantly minded, and younger school children, who need ample supervision during remote learning. These observations are consistent with the authors’ personal experiences.

It has been reported that female scientists submitted fewer papers during the pandemic17 and experienced a greater reduction in total work hours than their male colleagues.18,19 Our results suggest that parenting responsibilities may drive this reduced productivity, which may explain the lack of influence of gender per se on productivity or mental health in our study (data not shown). Unfortunately, we did not ask questions about primary caregiving responsibilities, but the lack of impact of children or gender on mental health was encouraging. Institutions should consider support for their workers with childcare responsibilities.20 The stress of minding or home‐schooling young children and the associated loss of productivity could be offset by the chance to spend more time with family, as observed by some of our respondents.

We may have underestimated the effect of children on productivity at home, as some staff or students with children may have been too busy to complete the survey. Further, relatively few respondents had infants or high school children at home, which may also explain the lack of a significant effect on productivity. Moreover, we relied on self‐reporting, and perceived changes in productivity may be confounded by mental health status. Finally, we did not ask about specific types of pyjamas; indeed, one respondent mused whether bunny slippers were deemed pyjama wear. Our findings may therefore have been confounded by differences between non‐scientists and scientists in their definitions of casual workwear and pyjamas, or even differences between scientists in different disciplines.

We hope these results help improve work‐from‐home policies, both by removing the stigma associated with wearing pyjamas, and by providing support for people juggling care for young children while working from home and maintaining productivity under challenging circumstances.

Box 1 – Characteristics of the 163 survey respondents 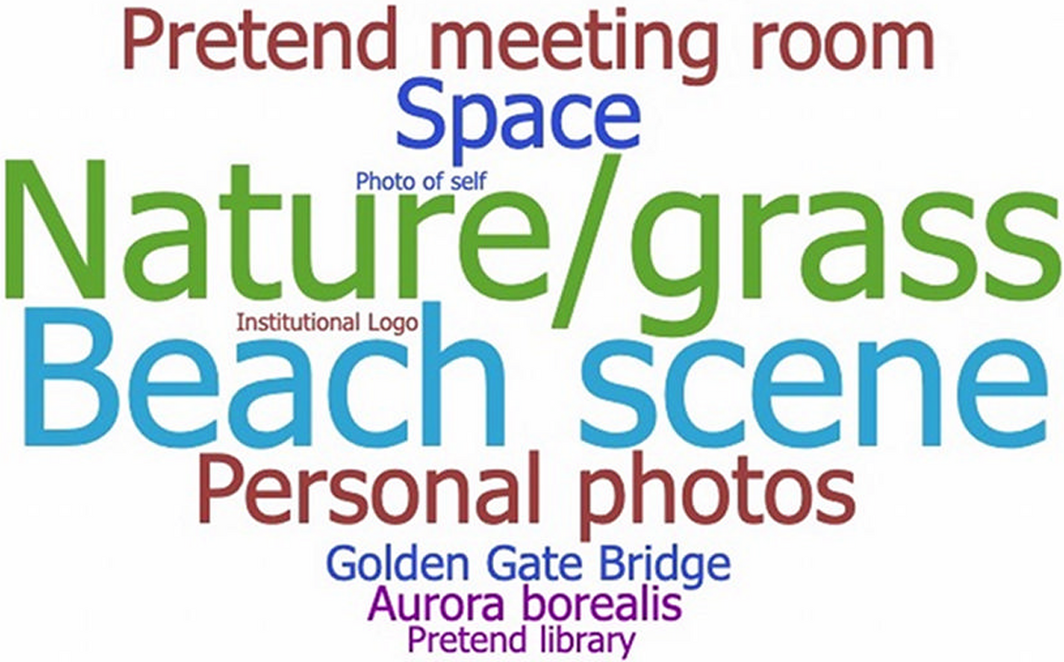 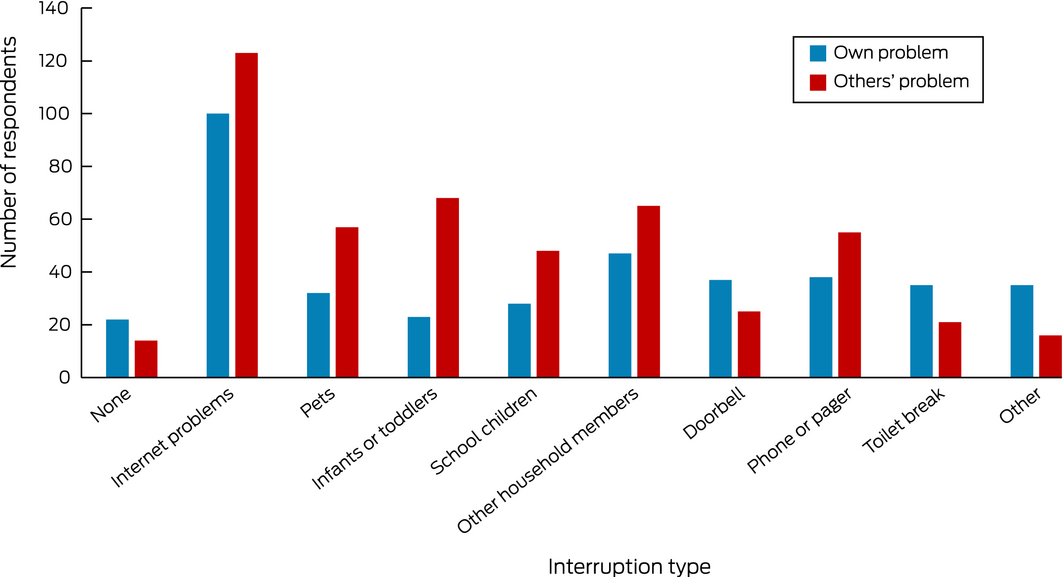 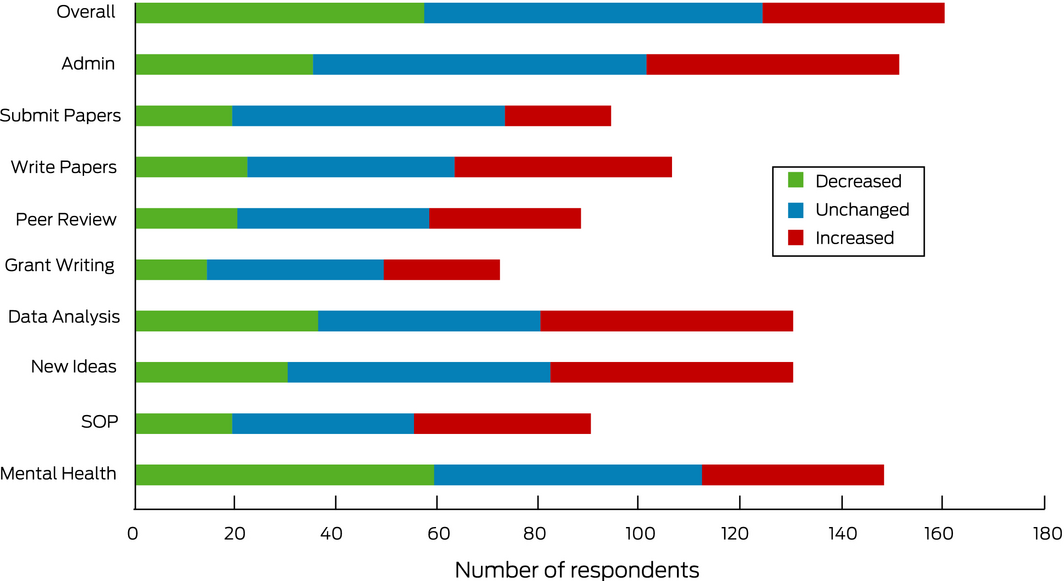 Box 7 – Children at home and self‐reported productivity with respect to article writing: A. toddlers; B. school‐age children 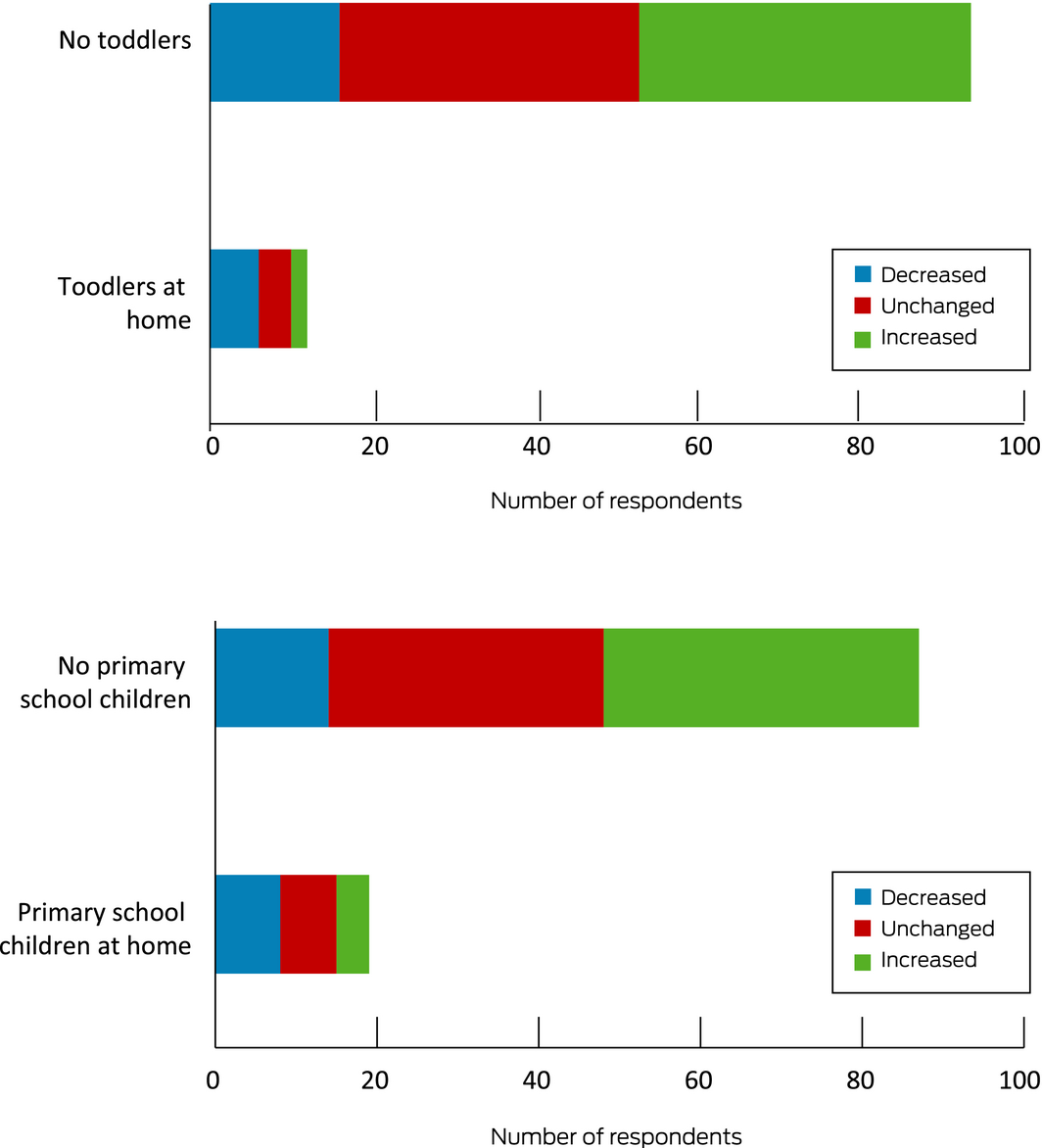 We thank the survey respondents for their participation and time, and for the candid free text responses that provided much amusement to the researchers, no doubt alleviating the impact of the COVID‐19 pandemic on our own mental health (and hopefully theirs as well). We also thank the many electronic devices and children’s television shows that provided the necessary distraction for our children, allowing this research to be completed.