A hidden danger of COVID‐19

Beached by COVID‐19, orthopaedic surgeons have cooked up some new techniques to enhance skills

There is a hidden danger in the enforced “shutdown” caused by COVID‐19. Bored certified orthopaedic surgeons who now have a lot of time on their hands, with very few patients to see and even less surgery to do, are stranded at home. This is a recipe for disaster. This communique outlines a superb technique designed to eliminate boredom and to enhance surgical skills.

Marooned at home by the COVID‐19 isolation and because necessity is the mother of invention, rather than doing nothing, I travelled to the local store and bought a box of a Better known, do‐it‐yourself cake mix (Moist Vanilla 540 g). I had seen my mother make cakes in the past; it did not look that hard. Indeed, even the instructions were on the back of the box. This was as simple as Chemistry 101; they even specified the weights (and I had scales). So imbued with the unbridled hubris of a surgeon, I proceeded to make my first ever Moist Vanilla cake, with icing.

Cake number one was perfect. I followed the instructions per the pack; added “A” to “B”, mixed, put it in a pan and cooked it for 55 minutes at 160°C. It turned out just like my mother used to bake; it was perfect.

Buoyed by this success and bathed with arrogance, I became more adventuresome. I purchased another packet of the same stuff, and this time decided to make “Whisky Cake”, a self‐creation (Box 1).

At a critical point of the mixing of the components, I added a very specific quantity of whisky (“specific” means a quantity greater than 25 cm3 but less than 100 cm3 or maybe a bit more). (Note spelling of “whisky” is without an “e” because it was Scotch. As my Scottish mother taught me, if the country has an “e” in it then so does the spelling of whisky. Irish whiskey can be substituted.)

This creation went through the same cooking process and, once again, the “Whisky Cake” turned out to be beautifully moist and friends and acquaintances all enjoyed their sample, and even after consumption they were able to maintain verticality and appropriate social distancing measures. Praise was heaped upon me.

Sadly, the inescapable logic of arithmetic progression does not appear to have made it to the Annals of Cookery, in fact, what emerged at the end of 50 minutes of baking is what could be best described as “sludge”. Surgery training teaches you that complications occur … and physicians often joke that surgeons bury their complications.

Emotionally crestfallen, the mutant, little less than successful “cake” was judiciously hidden from my friends and acquaintances and, loathing waste, the “Double Whisky Cake” sludge was offered to my four rescue dogs. They loved it and promptly slept all afternoon.

However, physicians have no understanding of the logical approach that orthopaedic surgeons apply to problem solving (eg, problem: the square peg won't go into the round hole; solution: get a bigger hammer). But it takes much more than a bigger hammer, it takes sheer bloody‐mindedness and a certain strength of ego to soldier on when crestfallen. My inbred surgical fearlessness emerged, and knowing that failure is an important part of learning, I became emboldened by this “lesson”.

The next experiment was a “Lemon Orange Single Whisky Cake” with added zest from the rinds of lemons and oranges. “Double Whisky” was thought to be the demon. (It emerged later that “Double Whisky Cake” was actually a Type II research error. A Type II error, as Wikipedia explains, means “the true fact is that the item is a weapon but the system keeps silent at this time”.2). The zest was boiled up together and added to the mix. Cake number four was very satisfactory.

Current “scorebored”: good, good, disaster, and another good. Further emboldened by my newly discovered talent, I then went to the freezer where I had some mulberries (given to me by a patient many months ago, destalked and frozen). This time, I decided to make “Mulberry‐Apple‐Cointreau‐Single Whisky Roller Pie with Flaky Pastry”, another new creation — Cointreau was selected because (a) the whisky was nearly empty and (b) Cointreau was “on special”. The “Whisky Roller Pie” component is mentioned only because I did not have a roller and because I used the nearly empty whisky bottle to roll out the pastry.

The flaky pastry was prepared exactly per selected internet recipe. About one hours’ worth of rolling, folding adding butter and folding again, all the time believing the words from the internet recipe when it wrote that, “You'll never go back to buying flaky pastry in the supermarket ever again”. One has now learnt not to believe everything one reads on the internet.

Everything seemed to be going well. A specific amount of Cointreau was added per previous formula. Pie was baked and, at the end of one hour, it was removed, allowed to cool and then … it exploded.

In many regards, the explosion was an epiphany, reminiscent of a major polytrauma. Mulberries are ferociously red … the smallest quantity of fluid stained everything and not only do the stains remain, the dispersed fluid clots like blood! It was just like being at work again. For the mulberry clot, see Box 2.

It took me about a humbling hour and a half to clean it up. The four rescue dogs were very grateful to have this “Mulberry‐Apple‐Cointreau‐Single Whisky Roller Pie with (not so) Flaky Pastry” pie.

The COVID‐19 “shutdown” conveys hidden dangers. This research has unearthed some important facts and highlighted a number of issues:

The author did not receive any funds from any do‐it‐yourself cake mix company. No animals were harmed in the manufacturing and testing process. Besides the fact that the alcohol component is boiled off … any issues mentioned herein, which some might consider “controversial”, should be taken with a pinch of salt. No recipes will be available from the MJA.

Greenwood recently published “The Irish Whiskey Cake” in The Irish Times and reported, “Normally, I avoid adding alcohol to bakes that my children eat, but so far, this [Irish Whiskey Cake] doesn't seem to have resulted in any adverse effects”. My self‐created “Whisky Cake” (no “e”) appears to be a synchronous creation. 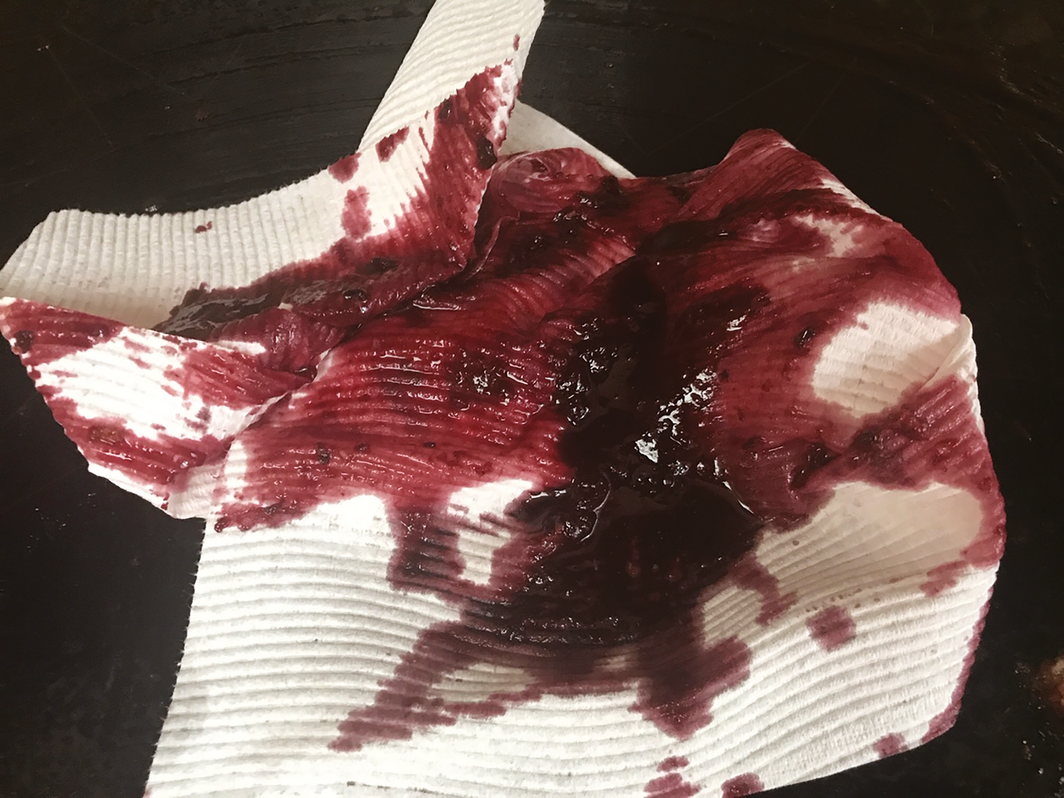