Introduction: Atrial fibrillation (AF) is increasing in prevalence and is associated with significant morbidity and mortality. The optimal diagnostic and treatment strategies for AF are continually evolving and care for patients requires confidence in integrating these new developments into practice. These clinical practice guidelines will assist Australian practitioners in the diagnosis and management of adult patients with AF.

Main recommendations: These guidelines provide advice on the standardised assessment and management of patients with atrial fibrillation regarding:

Changes in management as a result of the guideline:

Atrial fibrillation (AF) is a burdensome condition with increasing prevalence. International guidelines on the diagnosis and management of AF are available,1,2 but individual recommendations may differ, and no guidelines have previously been developed specific to the Australian population.

These guidelines have been developed by the National Heart Foundation of Australia (NHFA) and the Cardiac Society of Australia and New Zealand (CSANZ) to assist Australian clinicians in the diagnosis and management of adult patients with AF. They are informed by recent evidence interpreted by local experts to optimise application in an Australian context.

This executive summary provides important recommendations together with their strength of evidence and guidance for their implementation in clinical practice (practice points). The full clinical guidelines are available in Heart, Lung and Circulation at https://doi.org/10.1016/j.hlc.2018.06.1043.3

The NHFA, in partnership with the CSANZ, appointed an expert working group comprising cardiologists (including electrophysiologists), an epidemiologist and physician, a pharmacist, nurses, a consumer, general practitioners, a neurologist, and a cardiothoracic surgeon. Three subgroups covered the topics of screening and prevention, arrhythmia management, and stroke prevention.

A reference group of representatives from key stakeholder organisations with national relevance in the provision of AF care in Australia was formed. This group provided input into the scope of the guidelines and guideline content.

A draft of the guidelines was open for a 21-day period of public consultation in April 2018 to capture stakeholder views and facilitate engagement. Appropriate governance processes were followed to ensure transparency, minimise bias, manage conflict of interest and limit other influences during guideline development.

Each recommendation is presented with a Grading of Recommendations Assessment, Development and Evaluation (GRADE) strength of recommendation and quality of evidence.4 Practice points are also provided. 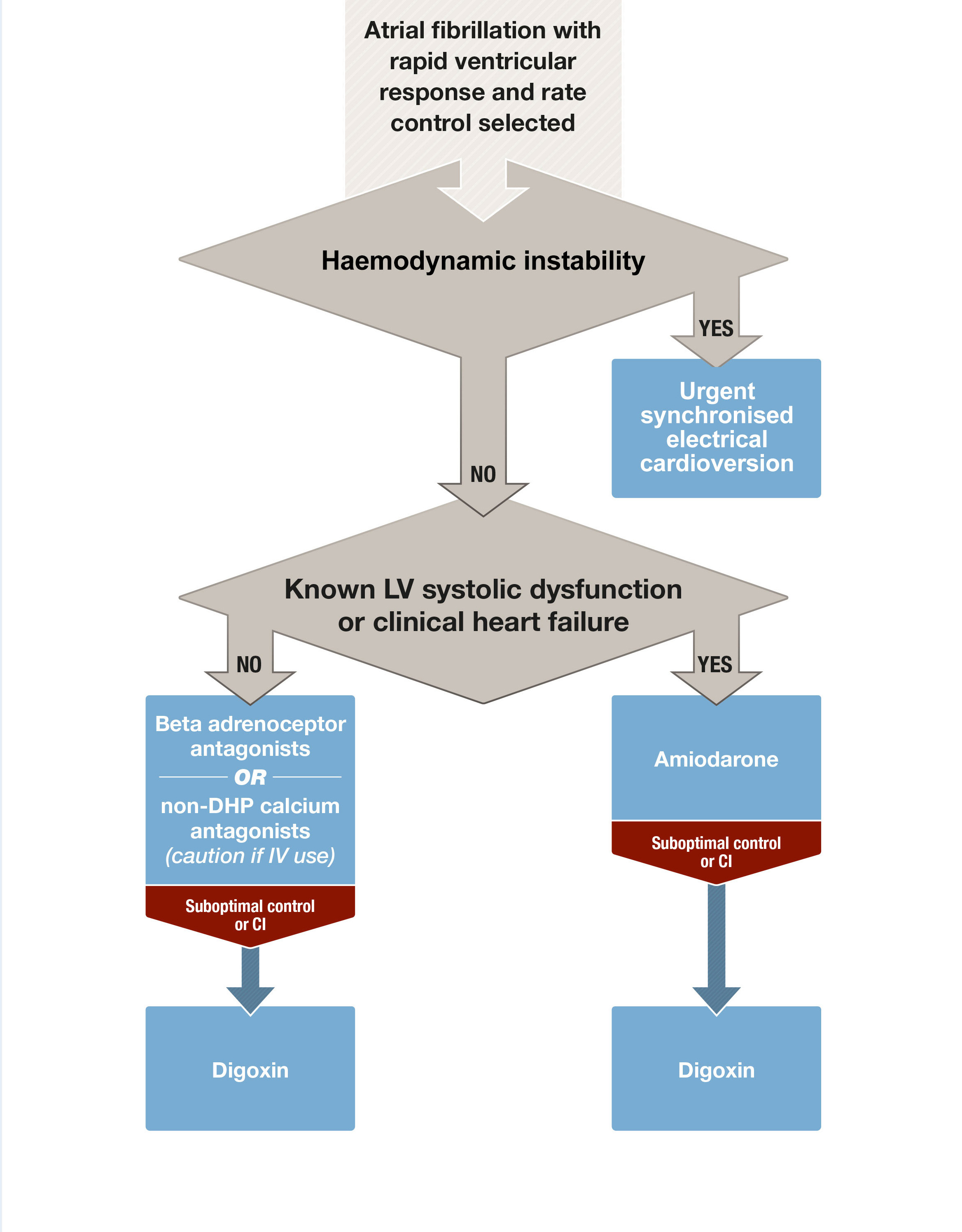 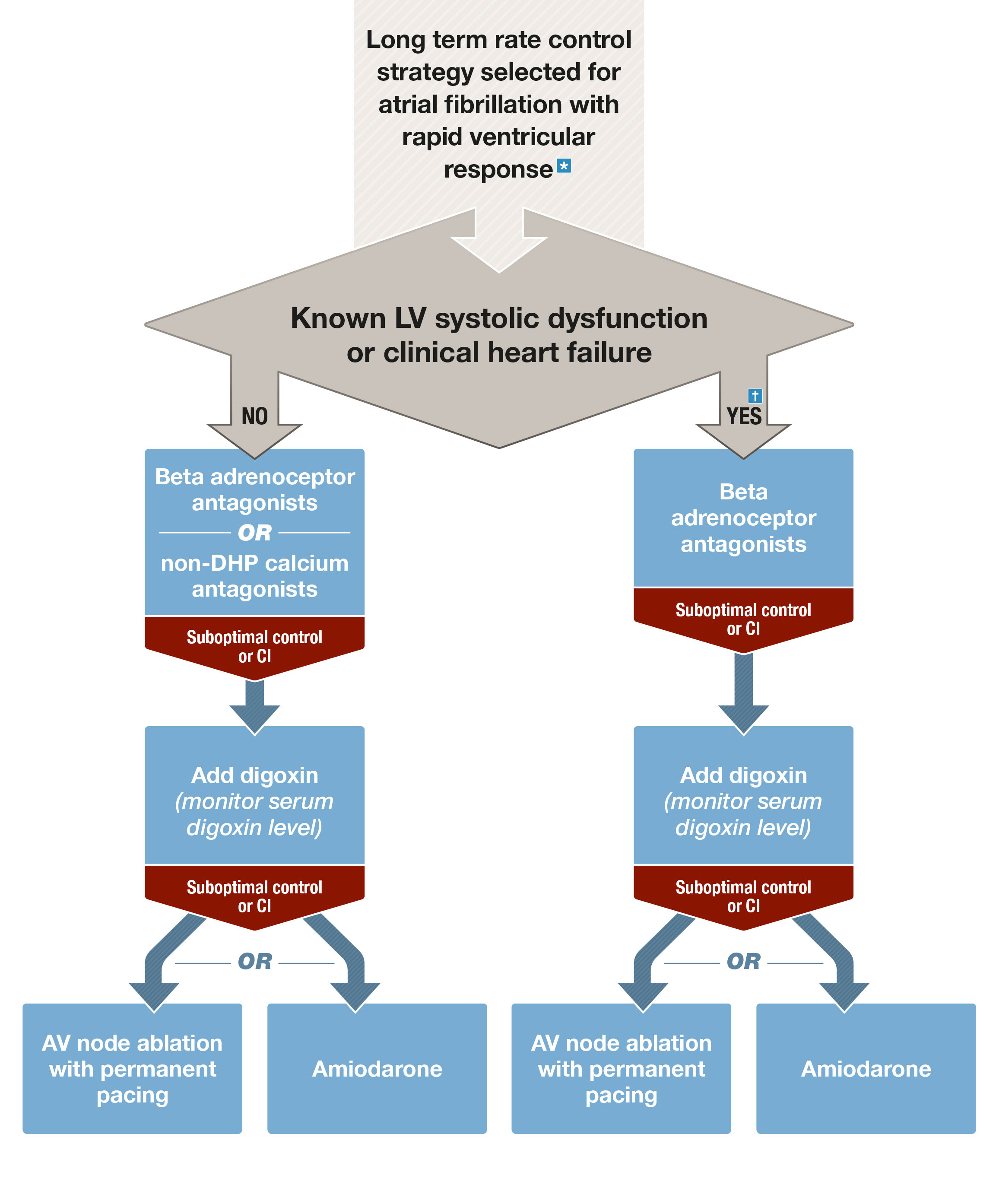 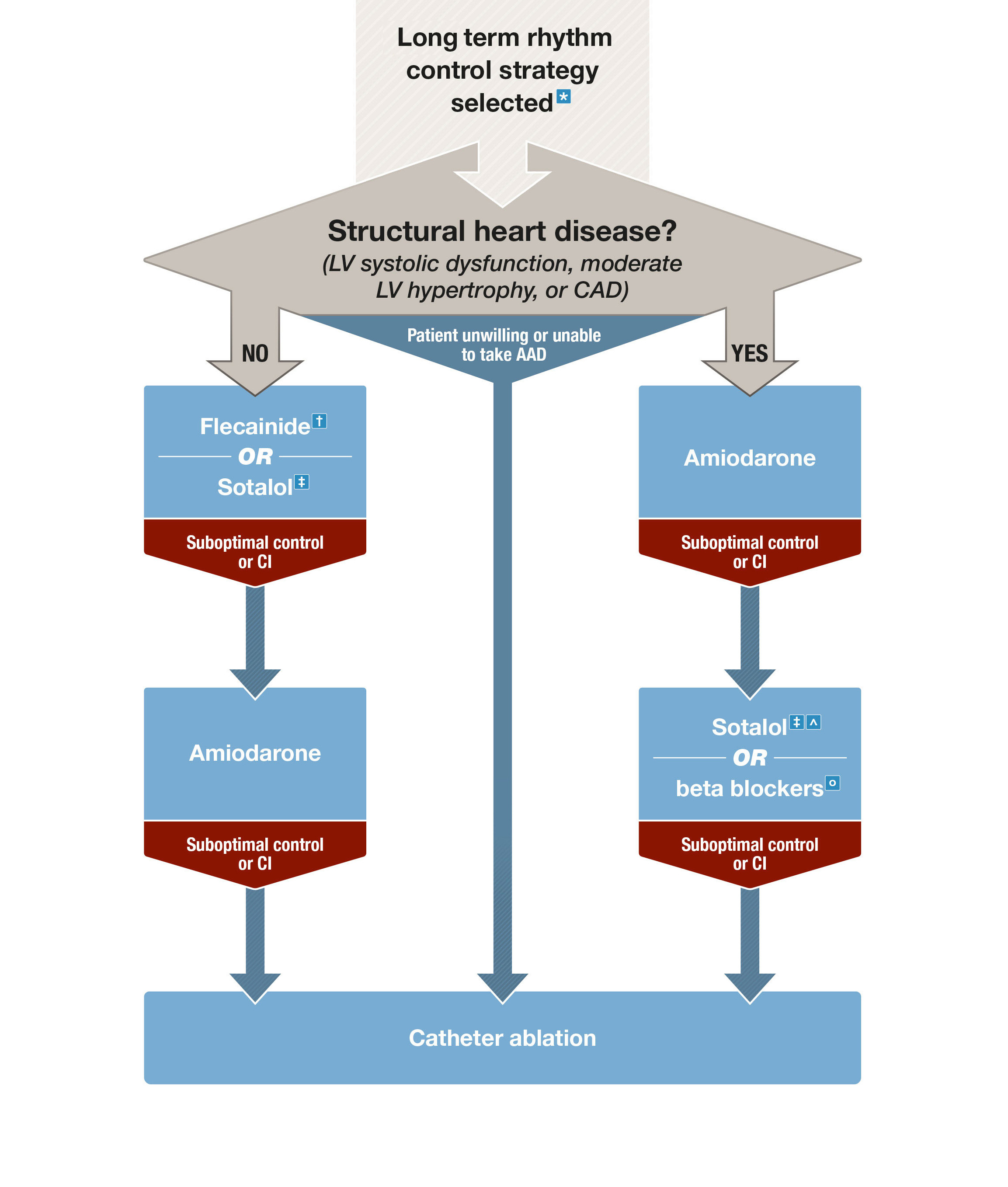 Box 4 – Definitions and points in the CHA2DS2-VA score 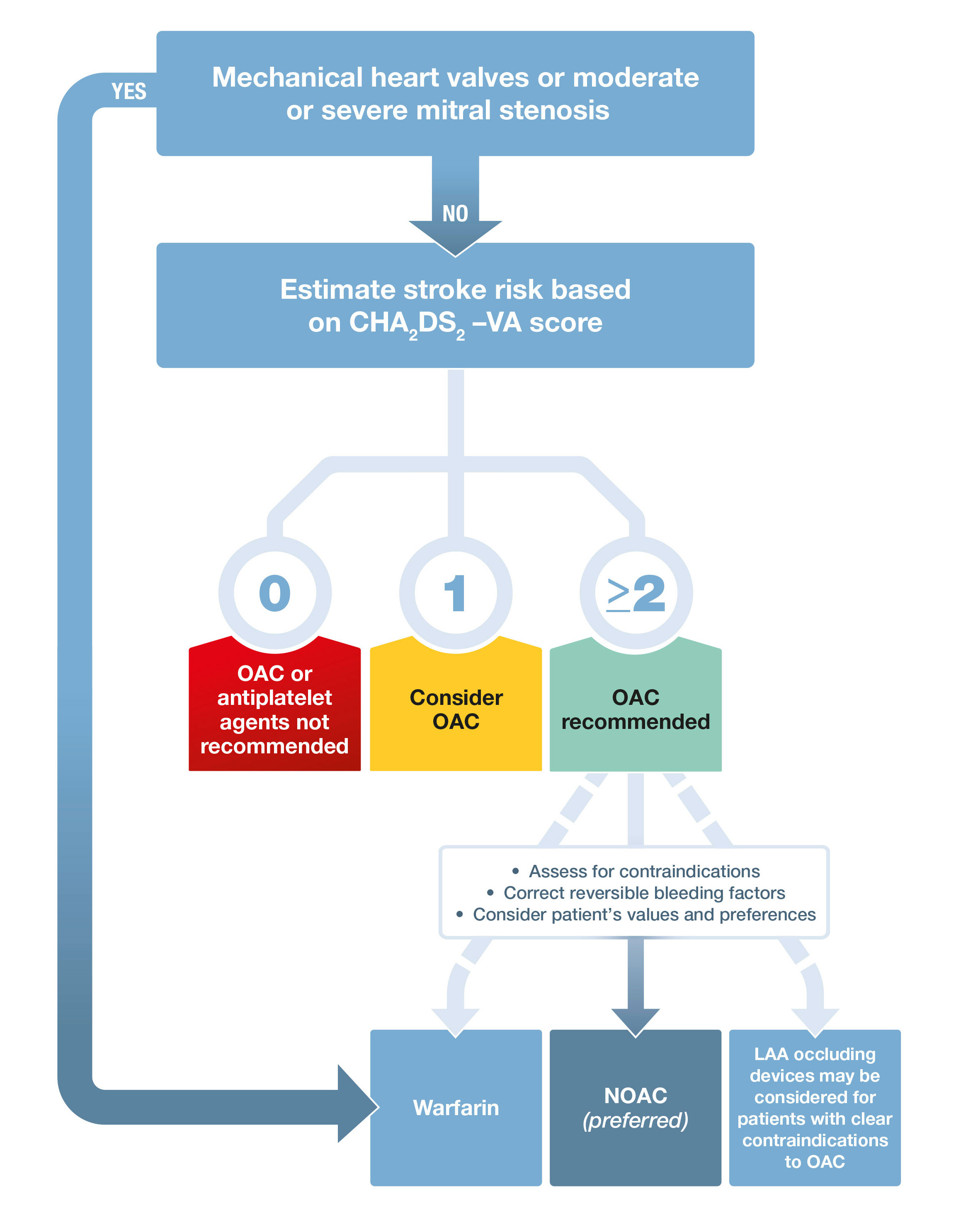 A full conflict of interest register is available at:
https://www.heartfoundation.org.au/for-professionals/clinical-information/atrial-fibrillation

People in this age range visit their GPs 11.8 times each year (1). At how many of these nearly monthly consultations do the authors recommend that GPs perform an electrocardiogram?