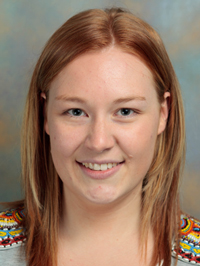 When I first looked at a map of Alice Springs, the ephemeral Todd River was marked as a deceptive blue snake, winding its way through the centre of town. For the local Arrernte people, the river is known as Lhere Mparntwe. In my head, I pictured a desert oasis, brown-skinned children gleaming with sun and water, screaming with glee as they plunged from rope swings into the cool river water. During my first week in Alice, somebody told me that it’s only after you have seen the river flow three times that you can be considered a local. The rest of the time it is just a dusty creek bed, filled with the soft rusty sand that has now found its way into almost every item that I own.

In public health, there is the concept of “upstream” and “downstream” factors. The analogy of the river is used to describe how pre-existing social, cultural, financial, environmental and historical factors ultimately go on to influence health outcomes in a profound way.1

The children’s ward at Alice Springs Hospital is busy. The nurses exasperatedly chase a young boy down the corridor. This pint-sized patient is surprisingly speedy as he makes his naked bid for freedom. A happy little boy and exceptionally cute, this child has quickly become a favourite of mine. It’s close to a month since he was first admitted for ongoing weight loss on a background of acute gastroenteritis. He has had chronic diarrhoea since he’s been here, his stool best described as a microbiological zoo. His small body has been bombarded with every antibacterial, antifungal and antiparasitic agent we have. His poor gut is so damaged from his numerous recurrent infections that it’s essentially no more than a slippery dip. It’s difficult for him to absorb any nutrients from his food, and we desperately need him to gain weight so his body and brain can grow.

In the treatment room Bananas in Pyjamas is playing. The room is crowded. In between the paediatrician, two nurses, the surgical registrar, mum and a writhing, screaming patient, there are bubbles. So many bubbles. The young surgical trainee gingerly examines the numerous boils that cover the little girl’s legs and groin. They will require an operation to drain them. She too has been with us for a week already. Her kidneys are struggling, after her body mounted an autoimmune reaction to the streptococcal infection from the boils. We closely monitor her weight and blood pressure until her kidneys are out of the woods.

The diabetes educator and paediatrician discuss a 13-year-old girl, who has just been diagnosed with type 2 diabetes mellitus. Already she weighs over 100 kg. Her case being outside the realm of conventional paediatric practice, the paediatrician is seeking advice on the best management plan for this patient. The girl’s mother, in her 30s, already suffers from retinopathy from her diabetes. One of the challenges of managing type 2 diabetes in an adolescent is the general lack of evidence to inform practice. It’s simply too new a phenomenon. The evidence to inform the management of type 2 diabetes in an Indigenous child is virtually non-existent.

At the hospital, we are so far downstream that we are practically out to sea. Essentially, we patch the kids up, keep them from dying, and make an attempt at educating the child’s parents about what has happened and why. It is grossly inadequate when almost everything that we see is preventable.

How is it then, in a wealthy nation like Australia which boasts a universal health system that is arguably one of the best in the world, that the life expectancy of Indigenous Australians is still (at a conservative estimate) 10–17 years less than their non-Indigenous counterparts? Why do the babies of Aboriginal mothers die at more than twice the rate of non-Aboriginal mothers? Why are so many remote communities still plagued by poor hygiene, overcrowding and dysfunctional living conditions, condemning their inhabitants to lifelong chronic disease? To me, it’s incomprehensible.

The instinct of many is to blame the individual. I know that I am often tempted to do so, especially when you see children who are suffering. However, blaming or inducing guilt is counterproductive. It does not help anyone. If anything, it alienates and denigrates. It is simply not correct to suggest that a person engages in certain behaviours by “choice”, and choice alone. It is too simplistic. To do so ignores the fact that every individual is a member of a community and is shaped by that community, his or her environment, education, and a personal and collective history.

To date, many health promotion programs have made a grossly inaccurate assumption that health education will automatically translate to behaviour change. It’s the same flawed logic that tells me I should floss daily and do at least 30 minutes of moderate-to-vigorous physical activity each day. Does knowledge alone empower me to change my behaviour? Sometimes it can, but only when the environment allows. Can I prevent my children from getting scabies when 15 people live in my home, multiple people share mattresses and I don’t have running water in the house, let alone a washing machine? Unlikely.

There is no strategic plan or coordination between services to promote hygiene improvement in remote communities.2 The social determinants of health have been ignored or, at the very least, addressed in a piecemeal manner. Public servants in air-conditioned offices write hygiene promotion strategies that fail to address the functional state of housing infrastructure and the unique environmental conditions of remote communities. Obesity and micronutrient deficiency in remote communities is a direct result of food insecurity caused by low incomes and the high price of fresh, nutritious food. This is unlikely to ever be overcome as long as local stores (often the sole providers of food in remote communities) continue to be viewed as a small business, rather than an essential service such as health or education.3 The past and continuing erosion of Indigenous culture and language serves only to perpetuate the vicious cycle of poverty and poor health.4

Government departments are often only as far apart as a different floor in the same building, yet the level of communication and collaboration between departments would suggest there is in fact a chasm between them. Multisector collaboration and high-level engagement and partnership with Indigenous peoples are the only hope we have to “close the gap”.

Good health is not made in hospitals. Good health is made by the food we eat, the water we drink, by feeling safe, secure, loved and connected. It is the roof over our heads, our sense of purpose in the world. Education is not just power, but health too. It is health, not illness that I am passionate about. I need to be further upstream. Maybe I need to see the Todd River flow. 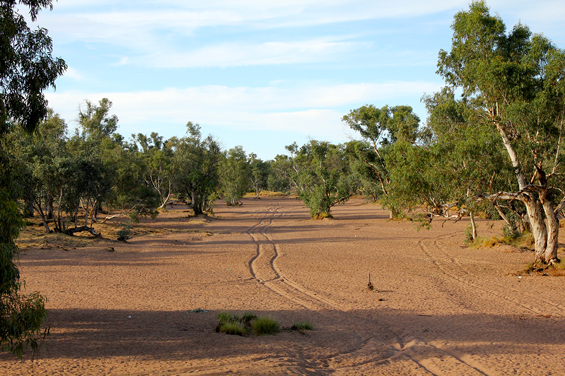