Dorothy Herbert's medical and aviation career is now a silhouette in the collective memory of the Australian pioneer spirit. She was a local hero for the Charleville community in South West Queensland. Within her family, she was both a role model and someone who took an active interest in the studies and careers of the emerging generations.

Dorothy was born on 24 September 1922 and attended Ascot State School and then Somerville House in Brisbane. After finishing school in 1939, she commenced a science degree at the University of Queensland.

In 1942, she joined the Women's Auxiliary Air Force as a wireless operator based at General Douglas MacArthur's headquarters in Brisbane. At the end of World War II, she returned to complete her degree, majoring in physiology and zoology. In 1947, she gained her private pilot's licence flying a Tiger Moth and, in 1950, she became a foundation member of the Australian Women Pilots' Association (AWPA).

After a year in the United Kingdom, she returned to Brisbane to study medicine at the University of Queensland. After graduating in 1958, she spent 2 years as a resident medical officer at Brisbane General Hospital.

In 1961, she moved to Charleville to work as a locum for the Royal Flying Doctor Service (RFDS) for 3 months. She remained in Charleville in private practice until 1981.

In 1963, Dorothy bought her first aircraft — a 1957 single-engine Cessna, which she used to fly to emergencies of her own patients, medical conferences and remote properties. She was a member of a flying surgeon team and would stand in for the flying doctor as required. At a time when there were few women doctors and fewer women pilots, Dorothy made quite an impression flying to remote communities with her three corgis in tow.

In 1977, she cared for a premature baby who was successfully transferred from Charleville to the Mater Mothers' Hospital in Brisbane via a pressurised government jet (http://www.youtube.com/watch?v=-CEZYWssxgc). This was one of the first times a premature baby had been retrieved back to a Brisbane hospital and survived.

In 1978, she was crushed under a glider in a freak weather accident, suffering a fractured spine and chest injuries. She was in a coma for 3 weeks, in intensive care for 5 weeks and returned to practice in a back brace after 5 months of sick leave.

In 1981, Dorothy left Charleville and semiretired to the Sunshine Coast (with her Major Mitchell cockatoo, Linda). She continued to work in general practice, specialising in acupuncture and aviation medicine. She fully retired in 1996, when she also flew her final flight. Her flying record at this time totalled 2200 hours.

She was awarded the Nancy Bird Walton Trophy for services to aviation in Australasia in 1972. In 1997, she was made an honorary life member of the Aviation Medicine Society of Australia and New Zealand for her contribution as a designated examiner for 35 years. She was made a Member of the Order of Australia in 1999 for her service to rural medicine through the RFDS and to aviation through the AWPA. She also received a Centenary Medal in 2001 for her distinguished service to the RFDS.

Dorothy died on 27 August 2014. Throughout her life, she was an inspiration to her family, many friends, medical colleagues and fellow pilots. We remember Dorothy as a pioneer and innovator with a wonderful sense of adventure, and as a good listener who was both perceptive and decisive. 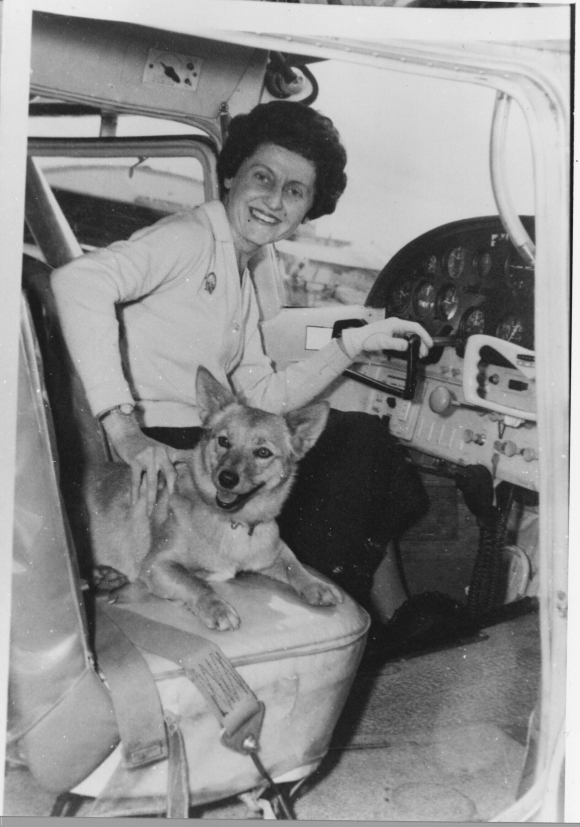