David Healy was born in Melbourne on 30 September 1948. He studied at Monash University, graduating in medicine in 1973 and completing a PhD on human prolactin physiology in 1979.

After commencing training in obstetrics and gynaecology at the Royal Women’s Hospital, Melbourne, David completed his training at the National Institutes of Health in the United States and the Simpson Memorial Maternity Pavilion in Edinburgh, Scotland. In 1985, he was the first obstetrician and gynaecologist to be awarded a Wellcome Trust Senior Research Fellowship in Clinical Science.

He was an accomplished cricketer in his younger years and a passionate supporter of the Essendon Bombers. One of his great qualities was his unwavering and enthusiastic belief in young talent. He enjoyed teaching, supervising and mentoring countless medical students and obstetrics and gynaecology trainees. He published 255 research articles, wrote 78 book chapters and edited eight books.

David served on the boards of the Australian Gynaecological Endoscopy Society, the Perinatal Society of Victoria and the World Endometriosis Society. He was President of the Fertility Society of Australia in 1995 and served for many years as Chair of the Royal Australian and New Zealand College of Obstetricians and Gynaecologists Research Foundation. In 2008, he was Chair of the World Congress on Endometriosis held in Melbourne. His proudest achievement was being elected President of the International Federation of Fertility Societies in 2007 — the first time in its 60-year history that an Australian headed the organisation.

On 25 May 2012, David passed away in Melbourne, too early, with many projects unfinished. He has nevertheless left us with an enormous legacy in women’s health in Australia and internationally. 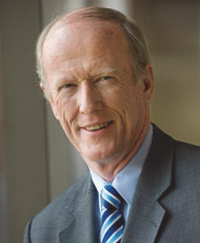