Eliminating childhood lead toxicity in Australia: a call to lower the intervention level

To the Editor: On 5 June 2012, the forum “Eliminating childhood lead toxicity in Australia — a little is still too much” was held at Macquarie University to examine new evidence on the toxicity of lead and its implications for Australian children and communities.

Presently, the National Health and Medical Research Council (NHMRC) recommends an increasingly obsolete intervention level that was established in 1993: blood lead levels of below 10 μg/dL. However, new and overwhelming evidence indicates that even levels below 5 μg/dL are associated with a range of adverse health outcomes, including decreased intelligence and academic achievement, sociobehavioural problems such as attention deficit hyperactivity disorder, learning difficulties, oppositional and conduct disorders, and delinquency. Importantly, the greatest relative effects on IQ occur at the lower blood lead levels (Box).1

In Germany, the reference value for blood lead levels in 3–14-year-olds was lowered in 2009 to 3.5 μg/dL.2 In 2012, the US Centers for Disease Control and Prevention eliminated the “level of concern” set previously at 10 μg/dL and established 5 μg/dL as the intervention level for individual children.3 Also in 2012, the US National Toxicology Program concluded that levels below 5 μg/dL are associated with detrimental health outcomes in children and adults.4

At the Macquarie University forum on lead toxicity, consensus was reached that the NHMRC goal should be lowered.5 To eliminate childhood lead toxicity in Australia, we need to improve ways of identifying sources of lead exposure, assessing the impacts of lead exposure, and eliminating or controlling lead risks. Relevant legislation and standards relating to health and environmental levels of lead should be revised to achieve blood lead levels below 1 μg/dL. Community involvement in implementing the necessary changes and cost–benefit analyses of interventions were also called for at the forum. 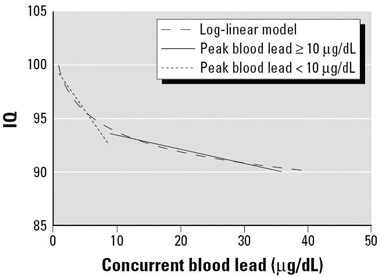 We thank the Macquarie University Centre for Legal Governance for providing financial support for the forum. Mark Taylor is the recipient of a Macquarie University Excellence in Research Award, which was also used to fund the forum. We thank the forum attendees for contributing to discussions at the meeting and to the development of a consensus statement, on which this letter is based.