“Sometimes you go looking for one thing and you find another” — Sancho Panza, in Cervantes’ Don Quixote1

The Arab Spring had been followed by the autumn of the euro. In Lombardy, Italy, at the Rockefeller Foundation Bellagio Center, the season of mists and the gilding of leaves had begun. There I met Paul Pholeros, as he arrived from the celebration of the United Nations World Habitat Day on 3 October this year (Box 1 and Box 2).

Pholeros is Managing Director of Healthabitat (http://www.healthabitat.com), working with Dr Paul Torzillo (Medical Director) and Stephan Rainow (Community Director). This private Australian company has won the Building and Social Housing Foundation World Habitat Award for 2011. Established in 1985 as part of the United Nations International Year of Shelter for the Homeless, the World Habitat Awards recognise practical innovations for current housing needs and problems.

to improve the health of Indigenous people in Australia, by ensuring they have access to safe and well functioning housing and an improved living environment.

What was it about the Healthabitat approach that appealed to the judges ahead of many other projects that might have seemed more exciting? There were about 250 entries from 82 countries, as varied as the GLOBE Community Champions program, from Canada, and a post-earthquake reconstruction and rehabilitation program, from China.

The safety and health principles of Healthabitat’s method were first developed in 1985 when a group of Indigenous Australians attempted to improve the health of their communities in a remote desert region of South Australia.2 Housing and the living environment were linked directly to health outcomes. The first priority of the Housing for Health program is safety from electrocution, gas explosion, fire and structural collapse, and the second is the capacity for people to wash. The program systematically works through priorities, house by house, resulting in well documented health improvements.3

“No survey without service” is the starting point, in the tradition of Cochrane and Hollows.4 Instead of vague policy promises on the never-never, Healthabitat’s work in a remote community housing project means immediate, tangible improvements. On the first morning at any house, testing of around 250 aspects of house function begins, with some fixing starting that same day, so that people can live more comfortably. Healthabitat has shown that positive change is possible and sustainable.

According to Pholeros, demonstrable health improvement is the essential justification to fix housing problems; building standards alone do not motivate people. The medical and other professions could, similarly, emphasise more often the bottom line of human health in debates about social, environmental or economic improvement.

Like the aims of Healthabitat, the Rockefeller Foundation seems to take a long-term view. The Foundation supported the work of Jane Jacobs about what cities should be, half a century ago. Her writing is still much celebrated, as should be the results of Healthabitat projects in coming years. Jacobs talked of urban peace

The Christmas story was set in a “low-rent” district and describes shelter that was apparently adequate for childbirth. Healthabitat represents more good news that all Australians can celebrate, about health and housing, particularly for Indigenous Australians, and shows that change is not too hard or hopeless, and is possible.

Before All Souls’ Day, my wife, Hilary, and I visited the Church of San Giacomo in Bellagio, Italy. The Italians proceeded with their religious observances, oblivious to tourists. Hilary lit a candle for my late brother while I searched for the ancient symbols of the evangelists. Luke, patron saint of physicians and artists, is represented by an ox in marble carvings, lost behind plaster for centuries, then found in 1907, and now rightly famous (Box 3).

Christian ritual may leave you cold, but the pursuit of peace and shelter as prerequisites for health should at least appeal to those mindful of the Ottawa Charter for Health Promotion.6 The secular stories of Healthabitat remind us how vital these determinants are for improvements in Aboriginal health. 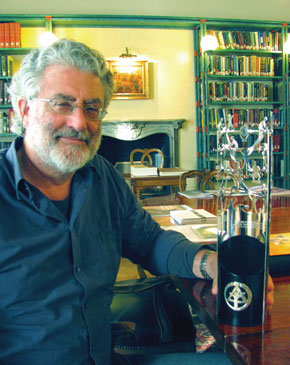 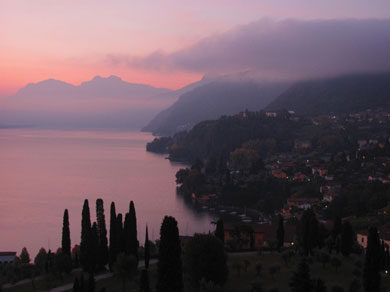 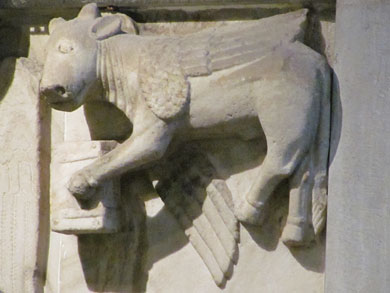 To Pilar Palacia and the staff at the Rockefeller Foundation Bellagio Center, mille grazie for the unforgettable hospitality. Hilary Charlesworth wrote the application that took us there. I thank Peggy Brown, Director-General, ACT Health Directorate, and my colleagues in the Population Health Division, for support during my study and other leave.