Brian McGuirk was born in Newcastle on 4 September 1939. He graduated in medicine from the University of Sydney in 1965. After a period in the United Kingdom at Guy’s Hospital, London, he returned to Australia in 1969 and took up general practice in Sydney.

In 1977, Brian was awarded a special service medal for being the first medical officer to attend victims of the Granville train disaster.

Brian developed an interest in occupational health, gaining a Diploma in Public Health from the University of Sydney in 1984, and becoming a founding Fellow of the Australian College of Occupational Medicine. After roles in the New South Wales public service, he was appointed Commissioner for Occupational Safety and Health in Western Australia in 1985 and wrote the occupational health and safety regulations for that state. 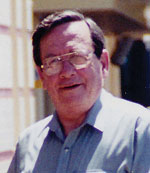 In 1990, Brian returned to Newcastle to become Chief Medical Officer for the Newcastle division of Manufacturers’ Mutual Insurance. When the University of Newcastle was commissioned to conduct the National Musculoskeletal Medicine Initiative in 1997, he was appointed Deputy Director of the Initiative. In that role, he was the senior author of the first study to demonstrate the efficacy of evidence-based medicine (EBM) for low back pain. After the Initiative closed in 2001, Brian continued to apply EBM in the management of injured workers as a Staff Specialist in Staff Health at Hunter New England Health.

In 2007, Brian was awarded the Spine Society of Australia prize for his landmark study showing that EBM virtually eliminated workers compensation claims for back injuries. He also recorded his knowledge and experience in textbooks on back pain and neck pain, and in chapters on acute and chronic low back pain in the 2009 edition of Bonica’s management of pain.

In November 2009, Brian retired at the age of 70. On 3 March 2011, he passed away quietly. His legacy was to show that an insurance doctor could successfully treat patients, rather than contest workers compensation claims.