Extensively drug-resistant tuberculosis: New Zealand’s first case and the challenges of management in a low-prevalence country

In 2010, an immigrant from Burma was the first person to be diagnosed in New Zealand with extensively drug-resistant tuberculosis (XDR-TB). The strain of Mycobacterium tuberculosis is the most resistant reported to date in Australasia. Key difficulties of managing this disease in a low-prevalence country were delays from drug-susceptibility testing and in acquiring appropriate medicines, and a lack of evidence-based guidelines. Solutions are needed for New Zealand and the wider region as more cases of XDR-TB are likely to be encountered in the future. (MJA 2011; 194: 602-604)

A 29-year-old man presented to his general practitioner in Otago, New Zealand, in March 2010 with discharge from an enlarged left anterior cervical lymph node (Box 1). He reported two episodes of night sweats but no weight loss, fever or chills. He was not coughing or producing sputum, and had no haemoptysis or chest pain. He was born in Burma (Myanmar) but had emigrated to New Zealand in 2006. At that time, chest x-ray screening did not detect tuberculosis (TB). He had no personal history of TB and no known contacts with TB.

Fine needle aspirate that was collected in late March from the affected lymph node grew Mycobacterium tuberculosis after 30 days’ incubation. The isolate was sent to a reference laboratory for drug-susceptibility testing (DST). Eight days later, the isolate was reported to be “presumptively” resistant to isoniazid, rifampicin and ethambutol based on the results of broth-based DST methods. Resistance to pyrazinamide was also reported on the basis of a negative Wayne test. Additional DST was performed against the second-line drugs capreomycin, ethionamide, ofloxacin and amikacin. A further 10 days later, the isolate was reported to be resistant to all four of these second-line drugs and a report of “presumptive” extensively drug-resistant TB (XDR-TB) was issued. Because of the isolate’s unusually resistant profile on conventional phenotypic testing, molecular tests were used to cross-check these results by identifying gene mutations associated with resistance (Box 2). Fourteen days after the preliminary report of XDR-TB was made, and a total of 66 days after the sample was initially collected, a final laboratory report confirming XDR-TB was issued. Further DST performed by an international reference laboratory revealed susceptibility to cycloserine and para-aminosalicylic acid. DST was not performed against imipenem and clofazimine owing to a lack of standardised methods.

After the isolation of M. tuberculosis, the patient was initially treated in the community with standard first-line drugs. On receipt of the preliminary DST results, his urgent admission to hospital was arranged, with provision for isolation to prevent airborne disease transmission. A chest x-ray at this time showed fibrosis in the left upper zone, and a computed tomography (CT) scan showed an enlarged lymph node in the left anterior cervical chain (Box 3). The patient’s HIV serology results were negative, and an induced sputum sample set for TB was negative for acid-fast bacilli. Treatment was instituted with cycloserine 250 mg orally twice daily, para-aminosalicylic acid 4 g orally twice daily, linezolid 600 mg orally once daily, moxifloxacin 800 mg orally once daily, imipenem 1 g intravenously twice daily, clofazimine 200 mg orally once daily and isoniazid 600 mg orally once daily. The hospital pharmacy had difficulty in obtaining cycloserine, clofazimine and para-aminosalicylic acid. A 2-week supply of these agents was obtained from Auckland, New Zealand, but the remainder had to be imported from the United States.

After 5 weeks of treatment, the patient’s enlarged lymph node had reduced in size and the discharge had stopped. Treatment with imipenem was stopped and treatment with amoxycillin–clavulanate 625 mg orally three times daily was begun. Three further sets of induced sputum samples were negative for TB. The patient was discharged back to the community, as the risk of him passing on the infection was now low. He attended weekly follow-up by a respiratory specialist and was monitored for treatment adherence by public health staff. A follow-up CT scan of the neck 2 months after discharge showed further significant improvement. Initially, surgical removal of the lymph node had been planned. However, with resolution of the lymph node after 5 months of medical therapy, surgery was not required. Apart from transient nausea, the patient is tolerating the treatment well and it is planned to continue treatment for a minimum of 18 months. Public health contact tracing of people who had resided with the patient showed they did not have TB.

This report describes the first case of XDR-TB in New Zealand; it also describes the most resistant strain of M. tuberculosis reported to date in Australasia. By 2009, 58 countries had reported at least one case of XDR-TB. Despite this, there has been no new drug licensed to combat TB for 40 years.2 Given the increasing frequency of travel and immigration from high-risk areas, New Zealand and other countries in the region are likely to encounter more cases of XDR-TB in the future. The current cost of our patient’s medication to the government is about NZ$10 000 per month.

Burma is one of 22 countries with a high health burden due to TB; in 2004, 4% of new TB cases and 15.5% of those previously treated were of MDR-TB.3 No cases of XDR-TB have been reported in Burma, but this is likely to be due to underreporting secondary to resource and laboratory constraints.1 In New Zealand, the incidence of TB is about seven per 100 000 people annually, and the rate of drug resistance for TB has been very low;4 from 2000 to 2009 there were 22 cases of MDR-TB.4 Since 2009 there have been a further nine cases reported to date (unpublished data obtained by J T F). From a regional perspective with regard to XDR-TB, Australia reported one case in the period 2002–2005 and the Pacific Islands did not report any.5 A second case was reported in Australia in 2010.6

Our patient showed primary resistance, in contrast to secondary resistance which develops from inadequate or inappropriate therapy: he arrived in New Zealand with latent infection, having been infected with XDR-TB in Burma.

DST provides key information for the management of XDR-TB. This case highlights the integral role of diagnostic laboratories in rapidly and accurately reporting results to guide appropriate treatment. In this case, commercially available molecular-based methods enabled highly unusual DST results to be cross-checked and confirmed once the results of conventional, broth-based phenotypic DST had become available. However, in principle, such assays could have been used before obtaining the results of conventional DST. This could potentially have resulted in a report of MDR-TB being issued 12 days earlier, and in second-line DST results and the XDR nature of the isolate being reported about 20 days earlier. Notably, this patient came from a geographical area known to have a high prevalence of MDR-TB. It may be that, in future, risk-based laboratory DST algorithms can be devised so that molecular DST can be selectively applied as the initial method of testing for patients at high risk of MDR-TB. However, the cost-effectiveness of such risk-based testing algorithms in low-prevalence settings would need to be established.

Hypothetically, if the patient had active pulmonary TB, molecular DST could have been performed directly on a respiratory specimen rather than waiting for the culture to grow.7 Use of such a test in this scenario could have potentially reduced the turnaround time by over 60 days.

There are limited data available to definitively guide the management of XDR-TB, but current regimens recommend the use of four or more effective medications, based on DST.8 This includes any first-line agent that is effective, a fluoroquinolone, a second-line injectable agent and any third-line agent to make up four to six medications. Pyrazinamide and ethambutol should be included if possible, as this improves survival.8 Kanamycin can be used in streptomycin-resistant cases, and amikacin if there is resistance to both kanamycin and streptomycin. Capreomycin and viomycin can also be considered. The fluoroquinolones have variable potency — moxifloxacin and gatifloxacin are more potent then ofloxacin and levofloxacin. Ciprofloxacin is not recommended as an antituberculous agent.9 Other second-line agents like ethionamide, para-aminosalicylic acid and cycloserine can also be used. Linezolid, meropenem and amoxycillin–clavulanate are not licensed for this use but can be added if no alternatives are available. Monitoring for adverse drug reactions is important.8-10

For pulmonary XDR-TB, treatment for at least 18 months is recommended after conversion to negative sputum cultures.9 Directly observed therapy should be instituted, and treatment success may be up to 60% in patients without HIV infection.10 Surgical resection in conjunction with medical management is useful in selected patients with XDR-TB.11 However, most surgical studies are focused on pulmonary XDR-TB. There is a lack of research on surgical outcomes for head and neck XDR-TB. Early recognition of cases, with isolation in negative pressure rooms and high efficiency particulate air filtration, is necessary to prevent spread, but standard chemoprophylaxis with isoniazid, rifampicin, or rifampicin and pyrazinamide for contacts is unlikely to be effective in XDR-TB.12

Although our experience indicates that there is potential for treatment success, definitive treatment guidelines are needed and more data are required to inform treatment and help contain spread. Further, it illustrates the importance of maintaining an adequate supply of second-line drugs in New Zealand.

Confirming XDR-TB in a young man from Burma who had no history of previous TB treatment suggests that XDR-TB may be more common in Burma than has been widely believed, reinforcing the need for strengthening laboratory support networks and TB surveillance systems in South-East Asia. 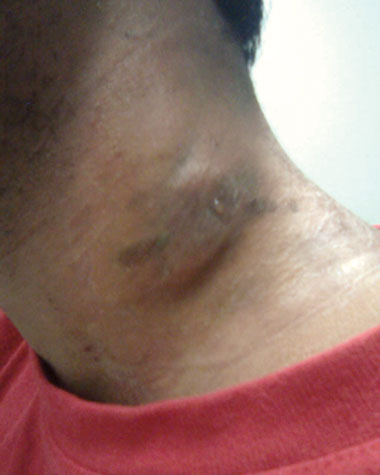 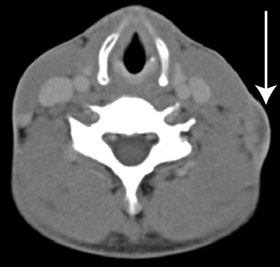