Indigenous health groups know what to do to be effective 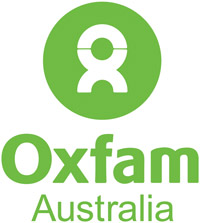 The Close the Gap campaign has been a major success. With around 1400 community events across the country on three annual National Close the Gap Days, and the gathering of more than 130 000 signatures demanding action from the Australian Government, Oxfam Australia has seen the breadth of support from Australians everywhere.

By signing the Close the Gap pledge, signatories have called on the government to develop a comprehensive National Action Plan with Aboriginal and Torres Strait Islander peoples and their representative bodies, increase Indigenous community participation and control in the delivery of health services, and address the critical social issues of housing, education and self-determination.

As well as engaging the public, the Close the Gap coalition of more than 40 Indigenous, health and human rights groups has engaged the government.

The Council of Australian Governments is holding a special Close the Gap meeting later this year and has earmarked an extra $4.6 billion to close the gap in life expectancy, education and employment, including $1.6 billion for Indigenous health. In March last year, the federal government also signed a pact (the Statement of Intent) with leading Indigenous health groups, showing its intent to create a national action plan in partnership with peak Indigenous health groups.

However, after more than a year, we are still waiting for the national plan and the partnership to eventuate. Peak Indigenous health groups have created a comprehensive list of targets they would like to achieve in a plan and are inviting the government to engage with them, as was promised.

These Indigenous health groups — such as the National Aboriginal Community Controlled Health Organisation and the Australian Indigenous Doctors’ Association — know what to do to be effective. For instance, the Victorian Aboriginal Health Service in Melbourne has immunisation rates that show an average of 91% of their child patients are fully immunised, compared with rates of less than 50% for Aboriginal children across Victoria.

We are asking the government to rethink their relationship with Indigenous Australians, involve them in decision making that affects their lives and work together in partnership to create a national action plan to close the gap.