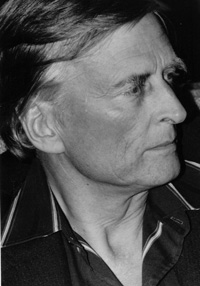 Robert Cutforth, a pioneer of cardiac services in Tasmania and an important contributor to the field of cardiology in Australia as a whole, died on 25 March 2008. Born in England on 19 August 1921, Robert graduated from St Thomas’ Hospital Medical School, London, in 1944 and became a House Physician at St Thomas’ before volunteering for the army and serving in India in 1945. In 1948, he resumed postgraduate training in cardiology at King’s College Hospital, London, where he became a medical tutor in 1954. Working with Dr Sam Oram, he published a highly quoted article on the electrocardiogram in pulmonary embolism.1

In 1960, Robert emigrated to Australia with his wife Grace to take a position as the Physician in North West Tasmania. Two years later, he was appointed Medical Director of the National Heart Foundation and Cardiologist at the Royal Hobart Hospital (RHH). For 30 years, he played a major role in crafting cardiac services in Tasmania. He was a pioneer in many ways — the first to perform cardiac catheterisation and angiography in Tasmania, and an innovator in cardiac rehabilitation. In the late 1960s and early 1970s, his unit at the RHH was highly sought after by aspiring physicians, and he was a tremendous mentor to young physicians going into medical research. In the mid 1970s, he established echocardiography services in Tasmania and worked at the RHH until 1979, when he opened a private practice and continued as a Visiting Medical Officer at the Hospital until he had a major heart attack in 1989. His experience as a cardiac patient led him to write a book for patients, Heart attack: what’s it really like?, which helped many patients recover from their own cardiac events.

Robert was a superb clinician and a master of the stethoscope, a stickler for process and a great teacher, influencing the lives of many medical graduates from the University of Tasmania.

He was a true Renaissance man, with wide interests in literature, politics, music and boat-building. Conversations on a broad range of topics often commenced around the daily ritual of morning tea in his office at the National Heart Foundation and continued during the hours spent researching or catheterising clinical patients. He had a great sense of humour and terrific communication skills with his patients, who benefited greatly from his expertise.

One of Robert’s favourite sayings when you had got something correct was “Well done, that man!”. In terms of cardiology in Tasmania, we can only say “Well done, Robert Cutforth!”