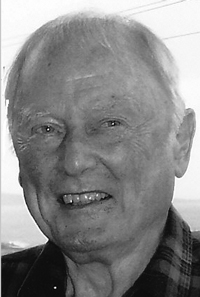 John Cone was born on 6 December 1925 in Hawthorn, Victoria. He matriculated from Camberwell Grammar School and entered the medical school of the University of Melbourne in 1944. Graduating in 1949, he joined a general practice in the then outer Melbourne suburb of Ringwood, while retaining a sessional appointment in the medical outpatients clinic at the Royal Melbourne Hospital (RMH). He obtained a clinical doctorate of medicine from the University of Melbourne in 1954.

Years later, when recounting his experiences in general practice, he described how his curiosity had been aroused by those often-frustrating patients whose problems could not be neatly categorised as either mental or physical, and he was drawn to psychiatry. In the 1960s, the most prestigious centre for the clinical study of such patients was the Department of Psychiatry of the Strong Memorial Hospital at the University of Rochester in New York State. There, the psychiatrist John Romano and the psychoanalytically-trained Professor of Medicine, George Engel, had pioneered the discipline of consultation–liaison psychiatry, based on the application of psychoanalytical ideas to clinical medicine. In 1964, John took his young family to Rochester to pursue state-of-the-art training in psychiatry.

Returning to Melbourne in 1967, John established a private practice in psychiatry and became the senior Honorary Psychiatrist at the RMH in 1971, a position he held for 15 years. He was a foundation member of the Royal Australian and New Zealand College of Psychiatrists, serving on committees at both state and federal levels. He was also a founding member and chairman of the Melbourne Clinic, the city’s largest private psychiatric hospital.

John was a connoisseur of fine food and wines, and, together with his wife, Margaret, a generous and welcoming host. He had an encyclopaedic knowledge of Australian and foreign flora and was a passionate gardener.

He was diagnosed with cancer in 1994. During the period of terminal illness, he conducted himself with the same quiet dignity, resolve and thoughtfulness that had made him such an excellent doctor and teacher. He died on 16 January 2007.

He is survived by Margaret and daughters Andrea, Felicity and Gair Amina.