“Deep listening: bridging divides in local and global ethics” was the theme of the 7th World Congress of Bioethics, held in Sydney in November 2004. Preceded by the 5th Feminist Approaches to Bioethics Congress and followed by the 10th Australasian Bioethics Association Conference, the conference had 550 registered attendees from 35 different countries.1 The three conferences, running over 8 days, provided the biggest event in bioethics thus far in Australia and the Asia–Pacific region and demonstrated the breadth and heterogeneity of bioethics.

The theme of the Congress — suggested by the word “dadirri”, meaning “deep listening”, from an Australian Aboriginal language — expressed the intention of the Planning Committee to explore a wide range of approaches to ethics in relation to health care and to provoke vigorous and productive discussion of the issues from different perspectives. The approaches ranged from those with a traditional focus on local issues in a clinical setting to broader reflections on bioethics at a global level.

Emphasising the central importance of the indigenous theme, the keynote address of the Congress was delivered by Marcia Langton (Professor of Australian Indigenous Studies, University of Melbourne) on “Aboriginal intellectual and property rights”. Speakers at major plenary sessions included Thomas Pogge (Professor of Philosophy, Columbia University) on “World poverty”; Daniel Wikler (Professor of Public Health, Harvard University) and Daniel Brock (Professor of Social Medicine, Harvard University) on “Ethical issues in population health”; and Catriona MacKenzie (Associate Professor of Philosophy, Macquarie University) on “Conceptions of the body and autonomy”. There were 15 special symposia presented by specialist groups covering a wide range of subjects, including equity, refugees, torture, genetics, stem cells, biopolitics and HIV/AIDS, in addition to over 200 individual oral and poster presentations.

The Congress program covered many topics of intense current interest — most notably cloning and stem cell research — and included many styles of presentation, such as talks, debates, panel presentations and group discussions. There was a program of Australian Indigenous dance and music, storytelling, poetry and art. There were also events for the general public that were well attended and aroused considerable interest, such as an open forum on biotechnology, stem cells and cloning and a debate between George Annas (Professor of Health, Law and Bioethics, Boston University) and Alex Capron (Director, Department of Ethics, Trade, Human Rights and Health Law, World Health Organization) on human rights and bioethics.2,3

A broader view of bioethics

The Congress deliberately sought to extend the focus of bioethics discussions from traditional and important concerns about problems arising between doctors and patients to issues of wider compass, such as the broad social, cultural and political contexts that affect health and shape health care delivery. Also on the agenda were concerns about public health programs and the responsibilities of developed countries to contribute to health care in the developing world, as well as feminist and indigenous perspectives on bioethics. This combination of approaches precipitated some trenchant critical reflections on the philosophical assumptions on which bioethics itself has been based and revealed some tensions between differing views.

Many feminist writers have been critical of a prevailing assumption that individuals are autonomous decision-makers. From this perspective, Catriona MacKenzie argued that bioethics developed with a narrow, highly individualistic conception of personhood and autonomy. As an alternative, she outlined a “relational” approach to autonomy, according to which individuals and the decisions they make are understood as constituted within relationships of interdependence and embedded in complex social situations. Such a model necessarily draws attention to power relations within intimate and familial relationships and to oppressive or unequal social structures.4

Responsibility for health in the developing world

Some speakers built on this critique of power relations by drawing attention to power inequalities at a global level. For example, Solomon Benatar (Professor of Medicine, University of Capetown) proposed that HIV/AIDS be viewed not in isolation but as symptomatic of problems of poverty and injustice afflicting the developing world.5 Thomas Pogge argued that trade agreements between affluent countries disadvantage poorer countries and lead to systematic impoverishment and poor health of many people living in the developing world. As a result of this, he claimed, citizens in Western countries are not just innocent bystanders, but carry an unavoidable responsibility.6 One practical measure he proposed was to establish a system of financial incentives to encourage pharmaceutical companies to develop effective and inexpensive treatments for the major illnesses afflicting these countries.

In a controversial presentation that stimulated vigorous and sometimes heated debate, Daniel Brock and Daniel Wikler, using a rights-based framework, drew attention to the particular concerns of population health (rather than health care) and argued for a shift of emphasis away from managing disease to promoting health. While those who responded accepted the importance of a population perspective, they suggested that it did not go far enough in dealing with the problems of impoverished countries, and challenged those who engage in bioethical debates to become personally and politically engaged. One participant expressed concern that the proposed new focus on public and population health would lead to a diminished appreciation of the importance of issues affecting individuals. This brought to the surface a tension between those concerned with issues of individual freedom (including individual autonomy and human rights) and those who emphasise the role of society and culture in establishing ethical conduct and relationships.

A further tension, expressed in the public debate, was between a human rights approach and more traditional approaches to topics in bioethics. In essence, the question became whether bioethics can (and should) be properly understood and addressed entirely in its own language and concepts, or whether it needs to be supplemented (or even replaced) by a human rights perspective. 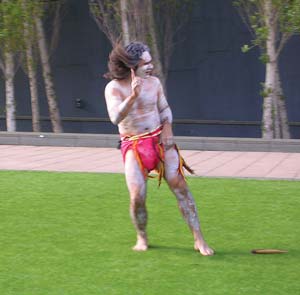 There were also tensions evident in discussing the experiences of indigenous people in relation to majority cultures within their countries, and tensions surrounding issues of cultural difference. In her address, Marcia Langton adopted a broad approach to these issues and raised fundamental questions about knowledge and its dependence on culture, power and economic forms of relationship.7,8 Speakers from India, Sri Lanka, South Africa, New Zealand and Australia showed that indigenous populations face challenges in the delivery of health care that are in common across the world, such as disenfranchisement, lack of control over health programs and research, imposition of programs from outside, displacement from the land, prejudice and poverty. Nonetheless, there was a recognition of irreducible differences between cultures that require effective responses to be based on specific local needs and conditions. The discussion of indigenous issues, perhaps more than any other topic, made evident the need for openness to multiple perspectives.

The challenge of accommodating diversity

What can be concluded from this Congress, with its emphasis on listening across broad divides? One obvious conclusion is that there is no single voice nor one perspective that can claim to represent the whole of bioethics. There is no predominant theory or homogeneous position, nor is it constituted by just one focus. There are many areas of bioethical interest, including issues in the clinic, issues arising from new understandings in medicine (such as genetics) or possibilities presented by new technologies (such as stem cell research), and issues arising from feminist (and other) theoretical perspectives. Moreover, different levels of approach, ranging from a focus on individuals to a focus on populations (such as public health and indigenous health) raise different sets of ethical interests and concerns. In this context, “deep listening” can be understood as listening to each other, listening to different groups and listening to those with different voices. It implies an openness to a multiplicity of approaches.

In drawing on a variety of perspectives on a health care issue, it is possible that some central concerns may rise above and be strengthened by this multiplicity, leading to an outcome that is recognised as ethical by all interested parties. It is also possible that some views will be incommensurable, some voices discordant, and decision-makers will have to determine that one set of values needs to take precedence over another. Nevertheless, we believe that many perspectives are needed to provide a wide vista and adequate understanding in preparation for informed, appropriate and nuanced decisions in health care.

Human rights, population health and indigenous ethics can complement traditional perspectives. There is a need, both within health care education and in policy development, to consider issues from individual as well as wider social and cultural perspectives and to address disparities in power as part of a broader understanding of bioethics.

The Congress demonstrated that diverse views can be accommodated, even when they are held passionately and discussion is vigorous. Listening for, and openness to, differences and commonalities worked well as a theme for the Congress. It is a capacity that remains to be encouraged in bioethics and applied in health care more generally.