A seachange for a city GP

We have a fabulous country out there, with lots of people who will benefit from our skills

I was tired of seeing myself in my patients — white, middle-aged, middle-class, menopausal women — the “worried well”. It was time for a change. Time to leave my renovated terrace in inner Sydney. Time to put down the glass of champagne, cancel the subscription to the opera, put in storage my five pairs of boots from the Manhattan winter sales, and head off to “the bush” for a seachange.

The bush was not an unknown entity for me. Although I’ve lived most of my life in cities, mainly Sydney, I was born in rural Wagga Wagga, the daughter of the first university-trained vet to practise west of the Blue Mountains. I spent my preschool days with my father, flying in a Tiger Moth to attend cows in obstructed labour, and delighting in watching his whole arm disappearing inside the birthing cow. So, my idea of what it would be like working in rural and remote Australia was partly based on these early experiences. Nonetheless, some of my friends were a little sceptical, viewing this decision as a whim, a blip in my middle-class, ABC Classic FM-saturated life.

How wrong they were!

I have ended up embracing wholeheartedly this wonderful life, committed to spending the rest of my working days facing the challenges of being a doctor in remote Aboriginal communities.

It’s not all fun and games, of course. For a multitude of reasons, the health of Aboriginal people, as we all know from media reports and journal articles, is much worse that that of other Australians. In remote areas, the people often do not seek help until the advanced stages of an illness. A person with a toothache may first present with a huge dental abscess and a fever; another, with an unchecked ear infection, may be first diagnosed with a cerebral abscess; a pregnant woman may wander in for her initial check-up at 38 weeks’ gestation; painful joints are more likely to be lupus or rheumatic fever than osteoarthritis; and chest pain in a 26-year-old man must be treated as a myocardial infarction until proved otherwise. 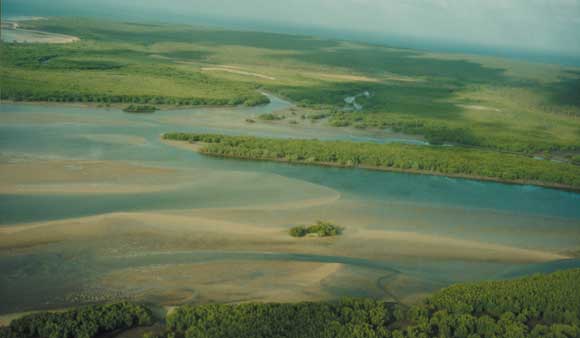 But medicine in the Northern Territory has grown up with an infrastructure geared to remote communities and to Aboriginal health. Having always believed in a public health system in which treatment priority is determined by illness severity (as in emergency departments in public hospitals), I was thrilled to find that the Northern Territory delivers the type of healthcare I believe in. Requests for outpatient appointments are faxed to the specialist in charge of that department and “triaged”. A woman with cervical intraepithelial neoplasia (CIN) grade III will be seen before one with grade I, and a woman with a history of breast cancer with recent weight loss and low back pain will be seen within a week. No preferential treatment linked to income or social standing. Just the sickest are seen first. Exactly how public medicine should be.

Working in Aboriginal health in the Northern Territory is like working in a big cooperative family. I have never known such a sense of collegiality, and a lack of competition between healthcare providers. Help is always at the end of a phone. An emergency evacuation is organised via the district medical officer on duty for that day or night. There may be some input from a registrar or specialist to fine tune the patient’s treatment before air evacuation, and, if the patient’s condition is unstable, a registrar may accompany the nurse on the flight and perform the necessary resuscitation procedures before evacuation. Each time I have accompanied a patient to the airstrip for a medivac, I have watched the plane take off with tears in my eyes and an embarrassingly “proud to be Australian” lump in my throat. Not just the feeling that at last the patient is in safe(r) hands, but the feeling that not many countries provide such a fabulous service.

But what of the communities I have worked in, the life I now lead, and the medicine I now practise.

My favourite community is in western Arnhem Land, and I will return to this community in January 2005 to take up a 12-month contract.

My first job there was in the “Wet”, that time of year when the skies become more ominously black as the day progresses, and the thunderstorms and lightning displays make the 1812 Overture and the Sydney Harbour New Year’s Eve fireworks display seem like child’s play. When the heavens open, the rain buckets down and the temperature drops a welcome 10°C. And, in the “Top End”, this is the time when tropical diseases blossom, and any person with symptoms of pneumonia or explosive fevers with skin lesions is diagnosed as having melioidosis until proved otherwise. This disease has a reasonably high fatality rate (the books say 17%), and the causative organism lives in the soil in the rainy season, so anyone with a cough and high fever is pumped with intravenous ceftriaxone and immediately evacuated.

On a single day in this community during the Wet, our patients included a man with suspected melioidosis (which turned out to be septicaemia from a staphylococcus pustule on his leg); a 9-year-old with a huge, hard tonsillar lymph node and a massive cavity in a nearby tooth (I suspected osteomyelitis); and a 21-year-old girl who, as a child, had miraculously survived a gigantic brain abscess that developed from mastoiditis (which in turn developed from an untreated ear infection). She presented with headaches and vomiting, probably associated with a blockage in the shunt extending from her brain to her belly. And to top it off, there was a 17-year-old girl with active (treated) tuberculosis that appeared to have spread to her kidneys.

All these people had to be either evacuated (with limited places on the Aerial Medical Service plane) or flown on a charter plane to Jabiru and then taken by bus to Darwin. A nightmare to organise, but somehow it gets done.

One of my most memorable experiences involved visiting an outstation that, in the Wet, could only be reached by a small twin-engine plane. I had asked the outstation nurse what supplies to bring — lunch? water? stethoscope?

“Just water and stethoscope”, she said. “Keep it light. Forget about the lunch. Rebecca and Samuel [at the outstation] have a pack of about 60 dogs, and they’ve become unmanageable. In fact, Rebecca and Samuel have moved out into the humpy outside, as the dogs have taken over the house. If you bring your lunch, they’ll smell it and eat you and your lunch for starters.”

“Righto”, I said, always casual in the face of impending disaster.

And she wasn’t far wrong. We flew over the Arnhem Land escarpment, some of the most beautiful wilderness country I have ever seen, and as the plane skidded to a halt on the very short airstrip we were prevented from getting out by a mob of about 20 ferocious dogs, who obviously thought the pilot, nurse and doctor were their breakfast, lunch and dinner by air express. Rebecca finally managed to call them off and we set up the clinic on the veranda, tending to the needs of eight people with a variety of disorders — chronic obstructive airway disease, rheumatic heart disease (requiring monthly penicillin injections and regular echocardiography and cardiology review), newly diagnosed hepatitis B, a child with anaemia, hypertension, as well as the usual smattering of hypercholesterolaemia, worms and diabetes.

For all those urban GPs out there who are feeling sluggish and jaded, I thoroughly recommend considering a seachange to rural and remote Australia. If your emergency medicine skills are somewhat rusty (mine were totally obsolete), head off to your local ED and spend a few months eating humble pie while interns and residents show you the latest ropes. Book into a few courses, such as emergency life support (ELS) and early management of surgical trauma (EMST). If you’ve decided that remote Aboriginal communities might be your cup of tea, practise communicating with your neighbours from non-English-speaking backgrounds. Or, better still, travel to a country whose language and culture is totally different from your own, get ill (but not too seriously), and experience at first hand how difficult it is to describe your symptoms to a doctor or nurse who doesn’t speak your language.

We have a fabulous country out there, with lots of people who will benefit from our skills. My best advice to anyone who wants to see Australia, and is ready to experience new challenges and work with some of the most disadvantaged people in the world, is to pick up the ball, run with it, and, in the words of a famous running shoe company, JUST DO IT!