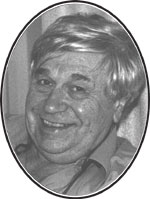 Psychiatry and the specialised field of eating disorders lost one of its most respected practitioners at the end of 2003 with the death of Pierre (“Peter”) Beumont.

Peter was a world-renowned psychiatrist, an innovative educator, a brilliant scientist and author, and a larger-than-life role model to his colleagues. He was one of the foremost authorities in the field of eating disorders, identifying early in his research that anorexia was a psychological disorder, not an endocrinological one. He was the first scientist to classify anorexia nervosa into clearly identifiable subtypes. This work still forms the basis for the classification of eating disorders today.

Peter was born in South Africa in 1937. He was educated there and in the United Kingdom. He lectured at Merton College, Oxford, before returning to South Africa in 1971 to become Acting Head of Psychiatry at Groote Schuur Hospital and the University of Cape Town. During this time he was adviser on medical matters to Mrs Helen Suzman, the sole Member of Parliament for the anti-apartheid Progressive Party.

He settled in Australia in 1975 when he took up the position of Professor and Head of Psychological Medicine at the University of Sydney. He is credited with creating a strong and integrated department with eclectic interests and excellence in teaching, research, clinical work and work in the community.

Peter was a gifted teacher, and generations of medical students benefited from his encyclopaedic knowledge of psychiatry and medicine, as well as philosophy, religious studies, ancient and modern history, the arts, and his special love — Egyptology.

In 1975, he founded New South Wales’ first specialist unit for anorexia nervosa, at the Royal Prince Alfred Hospital, and remained as its Director until illness forced him to retire. He was a tireless campaigner for better treatment facilities for patients with eating disorders and a devoted clinician who provided exemplary care for his patients. He also trained many of the specialists who now practise in this area.

Peter was awarded the Gaskell Gold Medal and Prize by the Royal College of Psychiatrists (in 1975) and the Max Planck Prize by the Humboldt Foundation (in 1995) for his work in psychosomatic medicine. In 2001, he was made a Member of the Order of Australia.

Peter is survived by his wife Daphne, his three daughters and their extended families.