Globalisation: what is it and how does it affect health?

As debate surrounding the impact of globalisation on our lives continues apace, punctuated by events such as the collapse of trade negotiations under the auspices of the World Trade Organization in Cancun, Mexico, in September 2003, there is an intuitive sense within the health community that it needs to roll up its sleeves and get more involved. The challenge is to determine how.

Discussion has focused extensively on the degree to which globalisation is happening (or not), its main drivers, and its actual timeframe. However, the key debate among academics and policymakers remains whether globalisation is “good” or “bad” for our lives, and particularly for human health. Opinions on this are deeply divided: Richard Feachem, Director of the Global Fund to Fight HIV/AIDS, Tuberculosis and Malaria, acknowledges that the “risks and adverse consequences of globalisation must be confronted”, but argues that “they must not be allowed to obscure its overall positive impact on health and development”.1 In striking contrast, Fran Baum, Professor of Public Health at Flinders University, Adelaide, writes, “All the indications are that the current forms of globalisation are making the world a safe place for unfettered market liberalism and the consequent growth of inequities . . . [and] posing severe threats to both people’s health and the health of the planet”.2 Such fierce disagreement can be bewildering and feel somewhat removed from the everyday work of health professionals at the coalface. Nevertheless, it is crucial for us to understand and engage in such debates. 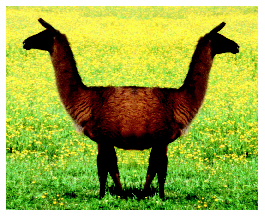 Like Dr Dolittle’s “push-me-pull-you”, it is unclear at present in which direction globalisation will lead us.

Globalisation is highly contested on many fronts and will remain so. The term “globalisation” has been misused and overused. I believe it is best defined in terms of three types of changes,3 which have been occurring at unprecedented rates over the past few decades:

Spatial changes. Globalisation affects how we perceive and experience physical or territorial space. Movement of people, other life forms, information, capital, goods and services has not only intensified across the borders of countries but, in some cases, has rendered national borders irrelevant. Trafficking of illicit drugs, cigarette smuggling, undocumented migration, money laundering and global climate change are transborder phenomena that are challenging the capacity of governments to effectively regulate them. New social geographies are being formed that redefine how individuals and populations interact with each other. Some argue that we are moving towards a “global village”; others argue that societies are fragmenting and, in some cases, imploding. Even more novel is the creation of new forms of space, such as cyberspace and virtual reality, which challenge traditional notions of a physical location.3

Temporal changes. Globalisation affects how we perceive and experience time. On the one hand, social interaction is speeding up through modern communication and transportation technologies. “Hooked on speed”,4 we race through life under ever-increasing pressure to “multitask”, eat fast food, obtain instant credit, and even “speed date”. On the other, our lives are slowed down by other modern complexities that bring us information overload, ballooning bureaucracies, and gridlocked roads.

Cognitive changes. Globalisation is profoundly influencing how we see ourselves and the world around us. The main agents of change here are the mass media, the advertising industry, consultancy firms, research institutions, political parties, religious groups and other institutions seeking to win “hearts and minds”. In the process, our cultures, wants or perceived needs, values, beliefs, knowledge and aspirations are being changed.3

How is globalisation linked to health?

Humans have lived with continual change since the migration of Homo erectus out of Africa a million years ago. Globalisation, in this sense, has gone hand in hand with the evolution of human societies.5 But our current phase of globalisation is distinctive in its unprecedented intensity and extent of change.

It would be overly simplistic and inaccurate to describe globalisation as either “good” or “bad” for health. For example, spatial change is leading to increased migration of people throughout the world. For high-income countries, the debate surrounding globalisation and health tends to focus on the perceived threat, from low- and middle-income countries, of acquiring certain acute and epidemic infections, such as HIV/AIDS, tuberculosis, plague and, more recently, severe acute respiratory syndrome (SARS).6 Richer countries also fear the potential financial burden of unhealthy populations migrating from the developing world. What are less appreciated are the risks that high-income countries may export to other parts of the world through products such as tobacco and fast food and, more indirectly, macroeconomic policies affecting foreign direct investment and debt burdens. There is also a tendency to overlook the benefits to high-income countries from population mobility — the migration of health professionals from poorer countries offers benefits to understaffed health systems in high-income countries (but at the expense of capacity in the developing world).7 In other words, the increased movement of people and other items creates a complex equation of pluses and minuses for each society.

Similarly, temporal change affects the spread of disease. The speed of modern transportation systems means that infections can potentially move around the world within a few hours (as illustrated by the SARS outbreak in 2002–03).8 On the other hand, modern technology potentially enables the health community to respond more quickly to such emergencies. For example, an international network of institutions coordinated by the World Health Organization (WHO) via global telecommunications can readily detect and rapidly respond to changes in the influenza virus9 — such a capacity was unavailable after the First World War, when an estimated 20 million people died of influenza worldwide.

Finally, cognitive changes brought about by advertising and marketing Western consumer goods have facilitated the global spread of so-called “lifestyle” diseases (eg, obesity) in certain populations within low- and middle-income countries.10 The shift in the tobacco pandemic to the developing world has been clearly driven by the tobacco industry.11 It is estimated that, by 2030, 70% of all tobacco-related deaths (7 million annually) will occur in developing countries.12 The spread of health sector reform can also be seen as a form of cognitive globalisation in transferring policies about health service provision and financing across the world.13 National health systems thus face the challenge of sifting through and adapting these policies to local contexts. Global consciousness is also leading to the increased sharing of principles, ethical values and standards that underpin decision making about health. Examples of this are the 1964 Helsinki declaration on ethical principles for medical research involving human subjects,14 the International code on the marketing of breast-milk substitutes adopted by the WHO and the United Nations Children’s Fund (UNICEF) in 1981,15 and the Framework convention on tobacco control adopted by the WHO in 2003.16

What can health professionals do?

We can draw three main conclusions from these brief examples. Firstly, it is essential for the health community to appreciate that, in most cases, the effect of globalisation on health is both positive and negative. Moreover, the specific balance between the two depends on the individuals or population groups concerned. Certain aspects of globalisation may bring widespread benefits or costs, depending on one’s geographical location, sex, age, ethnic origin, education level, socioeconomic status and so on. The difficult challenge is to untangle these varied impacts and understand how they are distributed across different populations.

Second, we are only beginning to tease out the complex processes that we call globalisation and their direct and indirect links to health. It will be essential, for example, to analyse the impact of specific multilateral trade agreements on the health of specific populations. Similarly, we need to understand how global changes in the environment, world economy, population mobility and so on affect population health determinants and outcomes. In some cases, empirical proof of causal pathways may not be possible, and methodological hurdles may be unavoidable. Nonetheless, such evidence is needed for effective policy.

Third, and as a corollary to the above, we need to identify policy actions that better manage the health impacts of globalisation. Globalisation is neither predetermined nor singular in its form. David de Ferranti, of the World Bank, has described globalisation as a natural force, like gravity, which people are powerless to stop.17 I would argue, on the contrary, that globalisation is a social force, created and controlled by human beings. The key challenge is to manage globalisation processes better than they have been managed in the past. This means recognising that globalisation does not have a predetermined trajectory, but is taking a particular form that favours certain interests while disadvantaging others. For globalisation to be both socially and environmentally sustainable in the long term, we need a better balance between the winners and losers. Just where that tipping point is, and how to achieve that balance, remain fiercely debated. Nonetheless, it is clear that we are not there yet.

The church of globalisation is a broad one, and its denominational factions full of perceived sinners and saints, but lacking clear revelation of the future to lead us all forward. The health community needs to find a way into this debate without feeling overwhelmed by it. This means moving into unfamiliar territory and engaging in debate on subjects that have traditionally been seen as outside the health field. As Ruggie writes,

Globalisation does not come in tidy sectoral or geographically demarcated packages. It is all about interconnections — among people; across states, in production networks and financial markets; between greed and grievance; among failing states, terrorism, and criminal networks; between nature and society. The complex interrelatedness of issues and their cumulative, often unforeseen, consequences demand far greater policy coherence than the existing system of national and international institutions has been able to muster.18

Engaging with the globalisation debate is only the starting point. Adding informed voices, backed by sound evidence, about the value of promoting and protecting human health will help move the debate forward at a time when it is much needed.

The author is supported in part by the Nuffield Trust’s Joint UK Global Health Programme on Health, Foreign Policy and Security, and the National Cancer Institute, US National Institutes of Health.

The Nuffield Trust paid travel costs for the author to participate in the Sydney symposium, and is providing an honorarium, as part of a grant to the London School of Hygiene & Tropical Medicine, to conduct a research program on health, foreign policy and security.