“Milky” urine: a case of chyluria

A 53-year-old Asian man with type 2 diabetes mellitus presented to the Emergency Department with acute onset of generalised muscle cramps. He reported a 2-month history of polydipsia, polyuria and passing “milky” urine with blood clots. He had travelled widely throughout subtropical Asia. On examination, he was normotensive, with no lymphadenopathy, abdominal masses or oedema.

The patient was mildly anaemic (haemoglobin level, 120 g/L [RI, 130–170 g/L]), with a normal erythrocyte sedimentation rate and C-reactive protein level. There was lymphopenia but no eosinophilia. No microfilariae or acid-fast bacilli were detected in thick blood films taken at midnight or in a urine sample. Serological and intradermal tests for filariae were also negative.

A chest x-ray and computed tomography scan of the abdomen and pelvis were normal. A biopsy of the right kidney showed evidence of mild mesangial change, consistent with diabetes mellitus. Lymphoscintigraphy showed delayed lymphatic transport, particularly on the left side, but no physical obstruction to lymphatic drainage. Contrast lymphangiography demonstrated a grossly abnormal lymphatic system in the pelvis and groin with a unilateral left-sided lymphorenal communication (Box 2).

A presumptive diagnosis of filariasis was made and the communication between the left kidney and the lymphatics was surgically disconnected. The chyluria recurred after surgery, but within 4 weeks of a therapeutic course of the antifilarial diethylcarbamazine there was complete resolution. Furthermore, the biochemical abnormalities reversed, consistent with urinary loss as the mechanism.

At 3-year follow-up, the patient remained symptom-free and without chyluria.

Chyluria is rare in Australia but common in many parts of the world, particularly where Wuchereria bancrofti, the main agent of filariasis, is endemic. It occurs, on average, 5–10 years after the worm has died, and so there may be no evidence of active filariasis. However, a therapeutic trial of diethylcarbamazine should be considered before undertaking surgery. As spontaneous remissions of chyluria have been reported, we can not be certain whether the antifilarial therapy was responsible for resolution of the chyluria in this case. 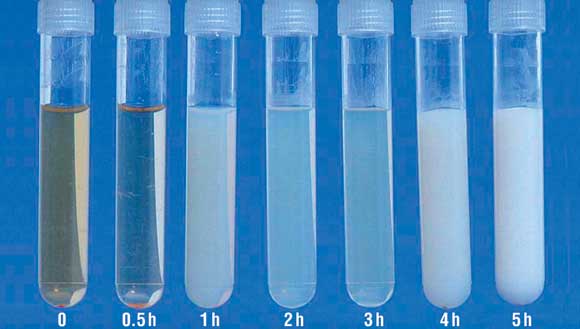 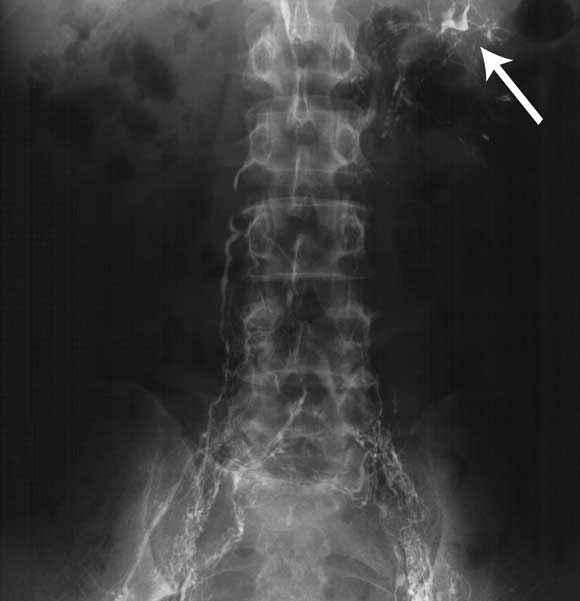