Australia is truly multicultural and no longer a place where minority cultures are assimilated into a perceived dominant Western culture emanating from British settlement at the end of the 18th century.1 The generations of Indigenous people who have lived in Australia for maybe 60 000 years are the continuing cultural substrate, in the city and the country, of our complex nation. The waves of immigrants from Europe and Asia, and more recently the Middle East, have increased the need for intercultural understanding, and for appreciation of the richness that cultural diversity brings.2

Concepts of culture in Australia 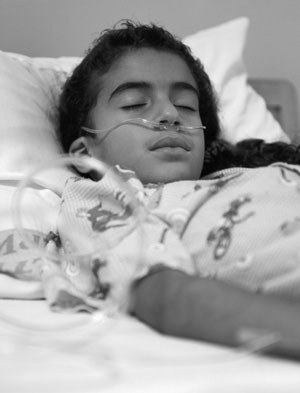 Culture has been defined as “systems of shared ideas, systems of concepts and rules and meanings that underlie and are expressed in the way that human beings live”3 — and, we may add, in the context of palliative care, in how we approach death. The many elements contained in the concept of culture include subjective factors, such as convictions, attitudes, types of knowledge, and values; modes of behaviour, habits and customs; language and tradition; skills, like the use of tools; specific types of dwellings and clothing; and, finally, products of human activity — art, as well as social institutions.4 Australia is multicultural not only by reason of its rich racial and ethnic diversity, but also by reason of diversity in age, gender and sexual preference, capabilities, actualisation of these capabilities, occupation, socioeconomic status, language and place of residence. Cultures are myriad in Australian society, and each individual is embedded to varying extents in several cultures, forming a unique locus of intersection. Cultures change or evolve over time. Attitudes and practices regarding care of the dying (and dead) have changed in Australia, from unspeakable neglect common in the early European settlements,5 to more familiar Victorian practices,6 to the multiple contemporary patterns.7

Both between and within different ethnic groups there are wide variations in care of the dying, and in bereavement practices and beliefs about death. These have not been systematically researched in Australia, as they have been in the United States.8 Culturally specific information is recognised to be relevant in matters of care, but it is wise not to generalise. A person originally from one ethnic group may conform a little or totally to the current customary expectations of that group, either in the country of origin or in contemporary Australia. Individuals are embedded in culture, but cultures are, in turn, embodied in people who are evolving in response to environmental as well as hereditary stimuli, and sometimes finding cultural expressions at variance with those of previous generations. “Patients should never be approached as empty vessels, as the bearer of particular cultures”, for they may be agents of change, or new interpreters of a culture.9 The values of a second generation immigrant to Australia may reflect current Australian trends, rather than those of the ethnic group to which the person is, nominally, affiliated — a possible source of tension in a family and of confusion to a health professional.

For health professionals, the task of approaching death with patients in their care is a rare privilege, calling for the highest exercise of clinical science, while taking account of the particular cultural context. Professional concern may be founded in an understanding of the needs of patients in categories or groups (even in therapeutic communities), and may guide both concepts and planning of services. But care is, in the end, given to a particular individual, here and now, in his or her time and place and particular circumstances.

Death is not an event to be managed, but a “journey to be undertaken”,10 or a task to be accomplished — by each person, in the end, alone, yet profoundly connected with the rest of humanity. For the professional, approaching death with patients requires appropriate preparation, as for the last phase of a human drama, and involves:

The current personal or physical environment of each individual and his or her historical experience since birth is played out against a cultural and biological inheritance, profoundly influencing the present in an ever-changing dynamic. Fear (often influenced by past experiences, such as imprisonment or war) may impede a peaceful approach towards death. In individuals from other language backgrounds, the use of interpreters, not related to the person, may be particularly valuable for transfer of information, and in talking through hopes and fears. But “walking the walk” with an individual approaching death across a linguistic divide is not merely an issue of translation or clarification of language, however valuable that may be: the issues are far more subtle.

Personal complexity applies not only to patients but also to carers, including health professionals, and influences the interpersonal interactions at the heart of sharing the approach of death. Each person involved in care, whether as a family member, friend or professional, is also embedded in his or her own cultural matrix. The care relationship is intrinsically interpersonal, and, especially where palliative medicine is concerned, classically intersubjective. Sensitivity to the cultural nuances of communication (for example, the breaking of bad news), family dynamics, decision making, interpersonal tensions and suffering may add value to attempts to care. Cultural gaps between health professionals and patients are expressed in many ways (from treatment preferences to concepts of spirituality). Bridging the gaps may require a personalist approach that can take a lifetime to achieve.

Care in the course of an eventually fatal illness involves activities ranging from assisting with activities of daily living to discussing choices regarding strategies for managing disease, approaches to symptom relief, or (if desired) partnership in facing profound existential issues and facilitating personal growth.11 Decision making involves ethical principles (understood in the light of cultural sensitivity), with considerations of autonomy, justice, beneficence, and maleficence, operating here and now.12 Central to this decision-making process is the idea of “the good” — what is beneficial for this patient? All this takes place in a context influenced by prevailing concepts and values, such as the significance of the last phase of life, the idea of human dignity, the notion of individual liberty (and the closely associated idea of autonomy), which are all culturally influenced and may be considered as social constructs.

Research on the influence of culture and ethnicity on such concepts and values appears seriously deficient. For example, we have information on the various ideas of what constitutes dignity, but not systematic studies of cultural influences on perceptions of dignity.13 In Hong Kong, for example, dignity “is a culturally specific concept whose meaning varies in different places. While personal choice is perceived as an integral part of autonomy and dignity, Chinese may perceive [it] from the Confucian ethics of death and dignity with a different perspective.”14 Comprehensive, culturally sensitive care demands the understanding of each patient’s view of his or her situation, and his or her expectations of the mode of decision making that should prevail.

The approach of death may involve not only symptoms (which may be relieved for the most part), but also suffering, and even a sense of impending personal disintegration.15 Cultural influences on the precipitants, expression, and relief of suffering justify careful exploration. One researcher has defined two phases in human suffering — the first, “enduring” (in which emotions are suppressed) and the second “emotional suffering” (an overt state of distress in which emotions are released), with the transition between the two requiring recognition from carers.16 Cultural factors may profoundly influence the shape of these phases, their transition and the kind of care needed to alleviate distress.

Cultural competence is far more than awareness of a catalogue of customs. Nevertheless, specific information concerning culturally related customs or attitudes relevant to medical practice needs to be available and borne in mind. In the Australian context these matters clearly include:

These issues arise wherever patients are — in the many sections of large metropolitan hospitals, in smaller community hospitals, in nursing homes, or at home, alone or with companions — and cultural competence is necessary (but not found) in all locations.

Educators have given attention to cultural considerations.17 Nursing educators, as part of major efforts to improve end-of-life care, have devised self-assessment tools and multicultural outcomes as guides to cultural competence. Palliative Care Australia has made a significant contribution with the publication of Multicultural palliative care guidelines.18 There is room for greater national integration of such activities in Australia, with attention given also to aspects of culture other than ethnicity.

It is now recognised that the principles of palliative care (good symptom relief, personal or family support, and advance care planning) should be introduced into patient care from the time of diagnosis of a terminal illness.19 Mixed management or parallel management should increasingly be the norm.20 For a particular patient at a particular time, assistance may be needed from a colleague with special skills. The ability to define the colleague, or the help needed, is part of the skill required of a primary care team or specialist. The appropriate skills needed may relate to cultural competence: to this end there needs to be enhancement of the training of specialist staff in these matters, drawing on culturally specific information.18,21,22

Questions remain about approaching death in multicultural Australia. These range from whether or not people in identifiable subcultures approach death prematurely (as we know is true of Indigenous Australians, but could, for a variety of reasons, also be true of other ethnic groups) to culturally associated variations in quality as well as modes of dying, and modes of care at the end of life. The research agenda is challenging — but attempts to ascertain and to address significant questions may express (and probe) our commitment to our common humanity. The Australian community is a living tapestry: we need to understand more of its complexity and its possibilities. It has been said that the test of the worth of a nation (even one proud of multiculturalism) may be community attitudes to the weak, and the sick who are beyond rehabilitation, and not political (or economic) prowess and might. There is room for reflection on this.