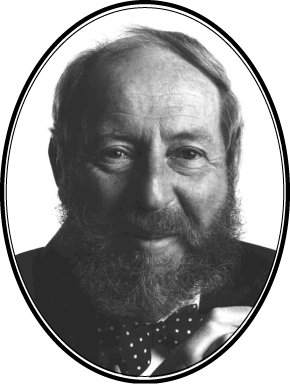 Struan Sutherland, an Australian pioneer in medical research on envenomation and an expert on the management of envenomated victims, died on 11 January 2002. As Head of Immunology Research at the Commonwealth Serum Laboratories (CSL), he was the force behind the development of the antivenom to the Sydney funnel-web spider.

Born in Sydney on 17 June 1936, Struan was raised in Bendigo and educated at Bendigo High School. He graduated in medicine from the University of Melbourne in 1960, and from 1962 to 1965 served as a Surgeon-Lieutenant in the Royal Australian Navy.

Struan started work at CSL in 1966, and in the following year was appointed foundation Head of Immunology Research, a position he held for 28 years. His interest in venoms was sparked in 1967 by the deaths of a young soldier bitten by a blue-ringed octopus and of a child bitten by a Sydney funnel-web spider. He renewed research into finding a spider antivenom, but it was not until 1980 that the research team finally succeeded. This was a remarkable scientific achievement — many others had tried and failed in this endeavour.

Struan also developed techniques that have made the medical management of envenomation in Australia the best in the world. He invented the pressure-immobilisation technique of first-aid, which revolutionised the management of snakebite world-wide. He also developed a snake venom detection kit that enabled doctors in Australia and Papua New Guinea to determine which snake antivenom should be administered to a victim. In recognition of his achievements, he was awarded the AMA Prize for Medical Research in 1977 and the James Cook Medal of the Royal Society of NSW in 1984.

Struan was a prolific author, publishing over 300 scientific articles and book chapters. His book Australian animal toxins was the standard medical textbook on envenomation, and he co-authored other books, including the best-selling Venomous creatures of Australia.

Struan served the medical profession and the public selflessly. He was always available to give advice at any time of day or night on management of envenomated victims.

He was dedicated and passionate about things that mattered, and prepared to fight for a principle. His departure from CSL in 1994 was precipitated by the closing of the antivenom research program when the organisation was privatised. His outspoken view that antivenom research should continue and that the public good was more important than profitability led to many heated clashes with management. After leaving CSL, with the help of Professor Jim Angus he established the Australian Venom Research Unit within the Department of Pharmacology at the University of Melbourne.

Struan was a generous, kind person. He married three times, and was devoted to his children and grandchildren. Visitors to his home would be plied with produce from his hydroponic garden, another of his passions. His autobiography, A venomous life, tells the story of his life with characteristic candour and dry wit. A variant of Parkinson's disease eventually slowed him down, but, although confined to home, he continued writing.

Struan was honoured posthumously in the 2002 Australia Day awards as an Officer of the Order of Australia.