Brown-Séquard revisited: a lesson from history on the placebo effect of androgen treatment

Background: In 1889, Brown-Séquard, aged 72, reported dramatic rejuvenating effects after self-administering testicular extracts of dogs and guinea-pigs. His report resulted in widespread use of testicular extracts throughout Europe and North America for several decades. More recently, the male ageing process has been attributed to partial androgen deficiency, or "andropause", and testosterone treatment is claimed to improve well-being in middle-aged and elderly men.

Results: Testosterone concentrations were four orders of magnitude less than that required for a biological effect.

Conclusions: Our study illustrates the marked placebo response that can be evoked by androgen treatment. It cautions against the empirical use of testosterone treatment for older men, unless a diagnosis of hypogonadism has been substantiated.

In 1889, aged 72 years, the distinguished French neurologist and physiologist Charles E. Brown-Séquard reported in The Lancet the rejuvenating effects of self-administered extracts of dog and guinea pig testes.1

The day after the first subcutaneous injection, and still more after the two succeeding ones, a radical change took place in me . . . I had regained at least all the strength I possessed a good many years ago . . . My limbs, tested with a dynamometer, for a week before my trial and during the month following the first injection, showed a decided gain of strength . . . I have had a greater improvement with regard to the expulsion of fecal matters than in any other function . . . With regard to the facility of intellectual labour, which had diminished within the last few years, a return to my previous ordinary condition became quite manifest.

Brown-Séquard also reported that similarly dramatic benefits of extracts from rabbit and guinea pig testes had been observed in three men, aged 54, 56 and 68 years, whereas injections of water in two other men had had no effect.1

The report was widely publicised and was largely responsible for the rise of "organotherapy", a mode of treatment that became widespread in Europe and North America. Extracts from animal testis, adrenal and pituitary, as well as non-endocrine tissues such as spinal cord, spleen and liver, were used to treat a range of diseases and to counter the effects of ageing.2,3

With the emergence of endocrinology as a scientifically based discipline in the early 20th century, the organotherapists and the article that inspired them fell into disrepute.4

In recent years, the hypothesis that the ageing process in men arises from testicular insufficiency has re-emerged. Testosterone secretion declines with age,5 and it is argued that symptoms such as tiredness, low mood and erectile dysfunction, which are common in middle-aged and elderly men, arise from partial androgen deficiency, or "andropause", and can be relieved with testosterone treatment. 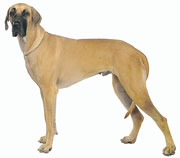 Randomised controlled trials in healthy elderly men have shown no convincing benefit of testosterone on muscle strength, well-being or sexual function.6 However, as with organotherapy, a lack of evidence has not deterred enthusiasts in the press, pharmaceutical industry and some quarters of the medical profession.

Androgen treatment can evoke a strong placebo effect,7,8 which is a confounding factor when assessing the response of patients to treatment.

In this context, we thought it of interest to revisit Brown-Séquard's article, and to prepare dog testicular extracts using his methods in order to determine whether they contained biologically relevant quantities of testosterone.

Testes were obtained from five healthy dogs of different breeds undergoing routine castration at a veterinary surgery. The tissues were kept at 4°C until processed, which occurred within six hours of castration and involved replicating Brown-Séquard's methods as closely as possible.1

One testis from each dog was crushed using a mortar and pestle, after adding distilled water in a quantity of up to twice the volume of the testis.

The resulting liquid was filtered, and the testosterone concentration measured by chemiluminescent immunoassay (Architect, Abbott Laboratories, Abbott Park, Illinois, USA) after dilution to 1 : 25 or 1 : 50 (as necessary) in human female serum containing 1 nmol/L testosterone.

The mean testosterone concentration in the testicular extracts was 390 nmol/L (SD, 306 nmol/L), equivalent to 112 μg/L (SD, 88 μg/L). The Box gives the concentration found in each of the five extracts.

In contrast, testosterone secretion in healthy men is about 6 mg/day, and testosterone delivery systems, such as patches and subcutaneous implants for the treatment of hypogonadism, release 5–10 mg/day.9

We have demonstrated that the dose of testosterone self-administered by Brown-Séquard as canine testicular extract is likely to have been four orders of magnitude less than that required for testosterone replacement in hypogonadal men.

The favourable response he reported was therefore clearly a placebo effect. We did not measure other androgens (such as dihydrotestosterone), as these are present in the testis in smaller quantities than testosterone,9 and in such concentrations would not have any biological effect. The testosterone concentrations in extracts from guinea pig testis are also likely to have been very low, and therefore biologically irrelevant.

Our results are consistent with known testicular physiology, as testosterone is largely secreted as it is synthesised and not stored in the testis to any great extent.9 In addition, an aqueous extract of testis, as prepared by Brown-Séquard, would not be expected to contain significant quantities of testosterone, as steroid hormones are largely insoluble in water.

Brown-Séquard's experience demonstrates that the placebo effect can be powerful, even in a highly educated physician who was well aware of its existence. The case serves as a warning against the empirical use of testosterone in older males with non-specific symptoms unless hypogonadism has been clearly demonstrated, as a placebo response can easily be confused with therapeutic efficacy, resulting in inappropriate, long-term treatment.

More research is needed on whether the undoubted reduction in testosterone secretion that occurs with age really does contribute to the features of ageing and, if so, whether testosterone supplementation in healthy older men is beneficial and safe. In the meantime, we suggest that the concept of testosterone treatment for "andropause" be treated with caution lest history judge proponents of this practice as harshly as it has the organotherapists.

We thank Dr Paul Davey and the staff of the Swanbourne Veterinary Centre, Swanbourne, WA, for providing dog testes for the study.