Mycobacterium ulcerans is an environmental bacterium causing skin ulcers. An endemic area of M. ulcerans disease in temperate south-east Victoria, where the disease is known as "Bairnsdale ulcer", has been extensively studied, and continues to involve new geographic areas.1 A less well known endemic area exists in tropical far north Queensland between Mossman and the Daintree River (Douglas Shire) (Box 1), where it is called "Daintree ulcer".2

Our patient presented with diffuse limb swelling of acute onset without ulceration and associated with systemic symptoms, which is unusual for M. ulcerans disease in Australia; only two previous cases from far north Queensland have presented in this way.2 Most patients in Australia initially note a papular lesion, which subsequently ulcerates after weeks to months without associated systemic symptoms.3

The classic ulcer is painless, with a sharp, undermined edge and surrounding induration, indicating the extent of necrotic subcutaneous tissue. Histopathological examination of excised tissue from patients with M. ulcerans disease shows large numbers of extracellular mycobacteria, a poorly developed immune response and widespread necrosis of subcutaneous tissue,4 which may be mediated by a recently described lipid toxin (mycolactone) produced by M. ulcerans.5

The accepted treatment of M. ulcerans disease remains complete surgical excision of all necrotic tissue, often extending well beyond the visible margins of the ulcer, with primary closure of small lesions and immediate or delayed skin grafting to larger lesions. Antimycobacterial therapy appears ineffective,2 despite in-vitro sensitivity of the organisms to several antimycobacterial agents, possibly because of clustering of the organisms in necrotic fat, where penetration of antimicrobials is likely to be poor. We have used adjunctive therapy in addition to surgical excision in patients with locally extensive or disseminated disease, and/or incomplete surgical excision. In these situations, relapse and residual functional impairment are more common. The combination of rifampicin, ethambutol and clarithromycin, although not established in the treatment of M. ulcerans infection, has shown good activity against other non-tuberculous mycobacteria, and M. ulcerans is sensitive in vivo to rifampicin6 and in vitro to clarithromycin.7

Early diagnosis can reduce the extent of surgical excision required, and therefore the residual scarring and deformity, and may also minimise the risk of relapse. Increased awareness of the disease in endemic areas is important in early diagnosis. A diagnostic polymerase chain reaction (PCR) test,8 developed at the Royal Children's Hospital (Melbourne), has 96% sensitivity and 100% specificity for M. ulcerans and is available from the Victorian Infectious Diseases Reference Laboratory, Melbourne. It can be performed within one day from a dry swab of the ulcer, and allows clinicians to make a rapid decision about whether or not surgical excision is required. Laboratory culture confirmation remains important and provides isolates for further analysis, but it may take more than six weeks. Microscopy for acid-fast bacilli from ulcer swabs, although sensitive, is non-specific — it cannot distinguish M. ulcerans from other non-tuberculous mycobacteria. The high specificity of the diagnostic PCR is important, as, in contrast to M. ulcerans infection, other non-tuberculous mycobacteria usually respond to antimycobacterial therapy.

A 45-year-old farmer from near Mossman, Queensland, presented with fevers and severe pain, swelling and redness of the left forearm. He recalled striking his forearm on a tree branch two weeks previously, with resulting bruising and soreness, but had not noticed any skin break. Treatment with oral cephalexin for presumed cellulitis was commenced five days before admission, with no improvement.

Examination showed an erythematous, tender swelling of his whole left forearm, with pitting oedema and indistinct margins from 10 cm above the elbow to 5 cm above the wrist (Box 2). M. ulcerans infection was considered in the differential diagnosis because of an awareness of the disease among healthcare workers in this area. Microscopic examination of Ziehl–Neelsen-stained skin biopsies revealed acid-fast bacilli, and a swab taken from the base of a punch biopsy site was positive for M. ulcerans by polymerase chain reaction (PCR), confirming the diagnosis of oedematous M. ulcerans disease. M. ulcerans was subsequently cultured from the skin biopsy.

Excision of skin and necrotic tissue was performed to the approximate margin of the lesion and split-skin grafts were applied. Histological examination showed typical changes of M. ulcerans disease, with extensive necrosis of the deep dermis and subcutis undermining intact epidermis. Numerous acid-fast bacilli were seen to the margins of the excised tissue. Because the disease was present to the excision margins, antimycobacterial therapy with rifampicin 600 mg daily, ethambutol 1200 mg daily and clarithromycin 500 mg twice a day was commenced.

Three weeks after surgery, recurrent redness, swelling and pain developed at the proximal and distal margins of the wound. Re-excision of these necrotic areas at the wrist and upper arm was performed and further split-skin grafts applied. Histopathological examination of these specimens showed no acid-fast bacilli and cultures were negative. Antimycobacterial therapy was continued for two months after surgery. There has been no evidence of subsequent recurrence of disease and the patient has regained normal function in the affected arm. 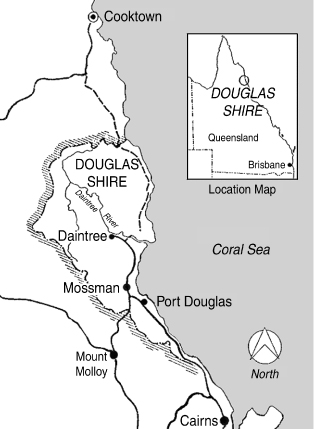