Recent events in the United States have again focused community and professional attention on the use of biological agents as weapons of terrorism and war. Anthrax and plague have both been used as offensive agents during the 20th century. Neither is now common in Australia.

Anthrax is a worldwide disease of herbivores, which contract the disease through contact with soil containing long-lasting spores of the gram-positive organism Bacillus anthracus. Animal and human anthrax has been increasing in Africa over the past two decades. Sporadic human cases occur in industrialised countries, with two reported in Australia since 1990.1

Human infection can occur by inoculation of spores into skin, by inhalation or, rarely, by ingestion. Phagocytosis by tissue macrophages occurs at the site of inoculation and later within regional lymph nodes. Subsequent germination of spores leads to vegetative bacilli that produce a number of toxins. Two of these, oedema toxin and lethal toxin, are responsible for most clinical features.

Anthrax as a weapon

At least five nations (the United States, Russia, the United Kingdom, Japan and Iraq) are known to have developed anthrax as a biological warfare agent. That at least 68 people died after the accidental release of anthrax spores from a military establishment in the former Soviet Union emphasises the lethal nature of aerosolised anthrax spores.2 Potential impact has been theoretically modelled: it is estimated that 50 kg of aerosolised anthrax spores dispensed by an aircraft 2 km upwind of a population centre of 500 000 unprotected people, in ideal meteorological conditions, would travel more than 20 km and kill or incapacitate nearly half of those exposed.3 However, production of such a quantity of anthrax in a particle size of < 5 µm (so as to penetrate the alveoli) would require considerable technical infrastructure and is likely to be possible only in a State-sponsored program. More feasibly, as recently seen in the US, anthrax would be used for limited biocrime — even this, however, has significant potential for community panic and disruption.

Following an incubation period of 1–10 days, a small, painless, pruritic papule appears at the site of inoculation and develops over the next 24–48 hours into an area surrounded by erythema and oedema. This enlarges and within a further 24–48 hours develops an ulcer surrounded by vesicles (Box 1A). A characteristic black necrotic central eschar ensues, usually associated with significant oedema (Box 1B). Regional lymphadenopathy may occur in association with mild systemic symptoms including fever and headache. After 1–2 weeks, the lesion dries and the eschar separates. Mortality is less than 10%.

This clinical presentation is a mediastinitis, not a pneumonitis. Symptoms may be delayed for up to 60 days after exposure. Thereafter, non-specific features such as fever, malaise and dry cough develop. Some patients then improve for 1–3 days, after which there is a sudden onset of high fever, dyspnoea, and dry cough. A widened mediastum on chest x-ray is a pathognomonic feature of the diagnosis. Although meningitis can occur with any form of anthrax, it is more common with inhalational anthrax. Mortality, even with appropriate antibiotic treatment, exceeds 90%.

This is a relatively rare presentation caused by ingestion of contaminated meat. After a 3–7-day incubation period, non-specific gastrointestinal symptoms, including nausea and vomiting, and subsequently haematemesis and bloody diarrhoea, develop in association with fever. An oropharyngeal form with oedema and tissue necrosis of the neck has been reported. Prognosis in gastrointestinal anthrax, even with treatment, is poor.

Growth from blood cultures is the most useful test for inhalational anthrax. This can occur within 6–18 hours of collection, although identification of bacilli can take a further 1–2 days. Sputum Gram stain and culture is usually not helpful as no pneumonic process is involved. Haemorrhagic meningitis is suggestive of anthrax, and bacilli might be seen in the cerebrospinal fluid. Gram stain (Box 2) and culture of vesicle fluid is useful for diagnosis of cutaneous anthrax.

Antimicrobial treatment of cutaneous lesions probably does not alter the course of the lesion, although it reduces the risk of systemic symptoms and dissemination. Intravenous benzylpenicillin is the treatment of choice. However, in biological warfare or bioterrorism attacks (where the agent has probably been specifically developed to be resistant to penicillin), doxycycline or, as recently used in the US, ciprofloxacin should be used.4 Early treatment improves prognosis.

Prophylaxis with doxycycline or ciprofloxacin may be given to exposed, non-vaccinated people and should continue for at least 60 days to prevent late germination of spores.4

Prophylactic vaccination is possible with a commercially produced killed vaccine available in the US. A primary course requires six injections over an 18-month period with annual boosters, but is thought to be over 90% protective.5

Yersinia pestis is found on every continent except Australia and Antarctica. It continues to be a non-eradicable threat because of its extreme virulence and the vast and changing areas of infection in wild rodents and other animals.6 Although most naturally occurring (zoonotic) cases are bubonic (acute febrile lymphadenitis), epidemics of pneumonic plague have occurred.7

Plague as a weapon

Human susceptibility to plague is thought to be universal. In the 1950s and 1960s, both US and Soviet biological weapons programs developed methods to directly aerosolise particles containing Y. pestis. Soviet scientists manufactured large quantities and allegedly engineered multidrug-resistant strains.7 A 1970 WHO assessment considered that, in a worst-case scenario, 50 kg of Y. pestis released as an aerosol over a city of five million could result in 150 000 cases of pneumonic plague, with 80 000–100 000 requiring hospitalisation and 36 000 deaths.3 Especially in a non-endemic area such as Australia, even a single case of primary plague pneumonia should prompt consideration of deliberate exposure.

The principal clinical forms of plague are bubonic, septicaemic and pneumonic. Unusual manifestations are meningitis and pharyngitis. Both septicaemic and pneumonic forms may be primary or secondary to bubonic disease. Plague is characterised by rapid onset of fever and other systemic manifestations of gram-negative bacterial infection. If not quickly and effectively treated, shock, multiple organ failure and death can supervene rapidly.

This most common form is typically caused by the bite of an infected flea, but can also result from direct inoculation of infectious fluids. Most often involving femoral and inguinal nodes, the bubo (lymphadenitis) of plague (Box 3) is characterised by rapid onset, extreme tenderness, accompanying toxaemia, and lack of evident cellulitis or lymphangitis.

Overwhelming sepsis can develop in the absence of a bubo. Gastrointestinal symptoms — nausea, vomiting, diarrhoea and abdominal pain — may be prominent. Early treatment with appropriate antibiotics is vital, as disseminated intravascular coagulation, shock and organ failure may progress rapidly.

Pneumonic plague, the most likely manifestation of deliberate exposure, is the most rapidly progressive and frequently fatal form. A pneumonic plague outbreak would initially resemble other severe respiratory illnesses, such as legionellosis or severe influenza. Symptoms begin 1–6 days following exposure. The first cases could be expected within 1–2 days of exposure, with many people dying soon afterwards.7 Initial manifestations of fever, chills, headache, myalgia and weakness would be rapidly followed by cough, dyspnoea, and chest pain. Sputum, generally watery or mucoid and frothy, may be bloody. As with septicaemic disease, gastrointestinal symptoms may be prominent. Occasionally, a cervical bubo is present. Plague pneumonia is invariably fatal if antibiotic treatment is delayed more than 24 hours after illness onset.

A small number of cases, particularly at the time of influenza or some other respiratory epidemic, are quite likely to be overlooked or misdiagnosed. The sudden appearance of large numbers of previously healthy patients with fever, cough, dyspnoea, chest pain and a fulminant course with high mortality should suggest the possibility of pneumonic plague or inhalational anthrax — the presence of haemoptysis would suggest plague,8 and a widened mediastinum, anthrax.

Chest x-ray may show initial segmental or lobar involvement before bronchopneumonic spread to other lobes in both lungs, which may become confluent (Box 5). Necrosis and cavitation occasionally occur early.

Commencement of effective antibiotics as quickly as possible and within 24 hours of symptom onset is crucial in treating pneumonic plague. All patients with plague should be isolated to prevent respiratory droplet transmission, until pneumonia has been ruled out or antibiotics have been given for at least 48 hours and clinical improvement has occurred. Preferred antibiotics are streptomycin or gentamicin; alternatives are doxycycline, chloramphenicol and ciprofloxacin.7 Chloramphenicol should be included for meningitis7,8 and other situations where high levels of tissue penetration are desired. Two parenteral agents are felt warranted for pneumonic and septicaemic plague in view of their high mortality. In a community experiencing a pneumonic plague epidemic, parenteral antibiotics have been recommended for all people with a temperature of 38.5°C or higher, a new cough, or, in an infant, tachypnoea.7

As person-to-person transmission of pneumonic plague occurs via respiratory droplets (not droplet nuclei), only people with close exposure (within 2 m) are at significant risk of infection.7 Doxycycline, ciprofloxacin or chloramphenicol should be given for seven days as post-exposure prophylaxis for people who have household, healthcare or other close contact with a patient.7

People in unavoidable close contact with patients with confirmed or suspected pneumonic plague should wear gloves, gowns, eye protection and surgical masks for at least the first 48 hours of antibiotic treatment, after which universal precautions are adequate.

Currently, the only vaccine available commercially in Australia is a heat-killed vaccine produced in limited quantity. Local or systemic reactions are reported in about 10% of recipients of a whole-cell plague vaccine.9 Although reasonable evidence exists that the vaccine has efficacy in preventing or ameliorating bubonic disease, it does not appear to be protective against primary pneumonic plague.9 In practice, people who have been vaccinated should be managed no differently from those who have not.

Concern about proliferation of weapons of mass destruction and recognition of the low military utility of biological weapons led to the Biological Weapons Convention in 1972. The Convention prevents the development or acquisition of biological or toxic weapons, but allows acquisition of bioagents for "prophylactic, protective and other peaceful purposes", and lacks any provision for verification.10

Healthcare professionals have a crucial role, not only in the diagnosis and management of patients affected by bioweapons,13 but in effective advocacy to ensure that biology and medicine are used for benefit and never harm, and that the scourge of war is replaced by law. 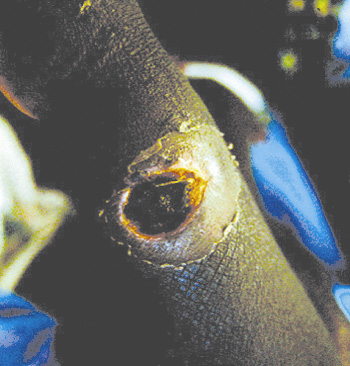 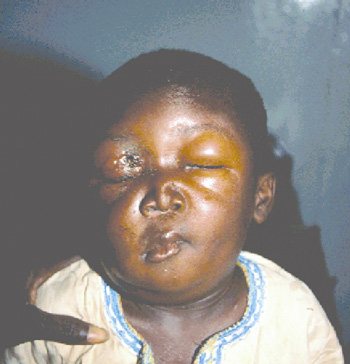 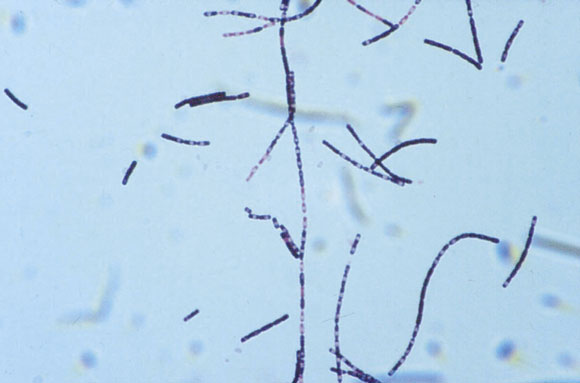 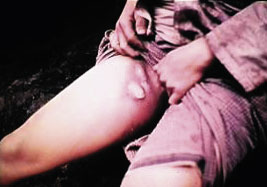 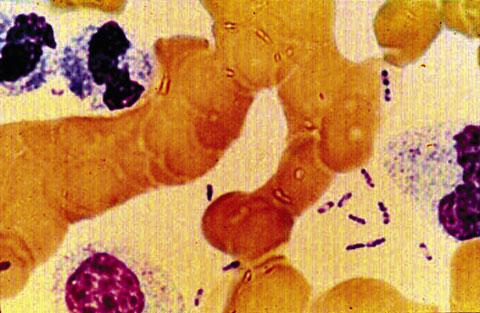 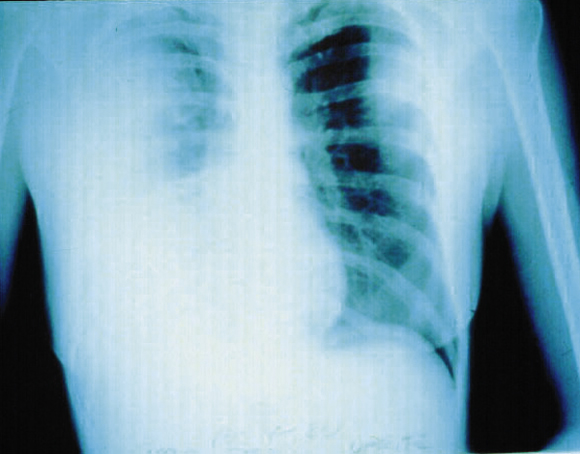