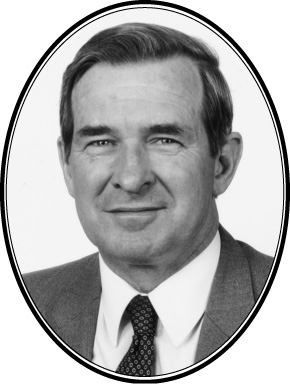 Australia lost one of its eminent academic surgeons when John McCaffrey died of cancer on 4 November 2000. Ironically, as an oncological surgeon he had treated many grateful cancer patients during his long and distinguished career in south-east Queensland.

John was born on 31 January 1933 and educated in Brisbane at St Lawrence's College, where he was school captain, school dux and captain of athletics. He graduated from medical school at the University of Queensland in 1956 with first class honours and also received the University Medal for Outstanding Merit, the Nathanial Robertson Medal in Medicine, and the H G Wilson Prize.

John started his medical career in 1957 at Brisbane's Mater Hospital, where he met and later married physiotherapist Denise Moroney. He completed a Master of Surgery in 1961 and became a Fellow of the Royal Australasian College of Surgeons in 1962. In the same year he won the prestigious Nuffield Travelling Fellowship, which he took up at the University Department of Surgery in Glasgow, where he remained for two and a half years and passed his Fellowship of the Royal College of Surgeons.

John not only demonstrated a tremendous intellect, but also displayed great compassion for his patients and an excellent rapport with his students. He undertook a substantial body of clinical and scientific research in the course of his career and made an enormous contribution to surgical knowledge. He published over 100 scientific publications and was the author of numerous book chapters and many films and video clips. He had a vast number of international surgical contacts and was well known professionally in the United Kingdom, Europe, the United States and Canada, as well as many countries in Asia, particularly Vietnam. He was a founding member and eventually President of the Australian Society of Ultrasound in Medicine.

He had a long association with the Queensland Cancer Fund (QCF) and was Chairman of its Medical and Scientific Advisory Committee from 1985 until the time of his death. His generosity of spirit was demonstrated by the enormous time he dedicated to the QCF with no financial reward.

John was founder of the Breast Screening Clinic at the Royal Women's Hospital, Brisbane, which opened in 1985 as the first public breast screening service in Australia. Its operating principles were incorporated into an Australia-wide pilot study, on which the BreastScreen Australia program was eventually based.

In the course of his career, John made a very substantial contribution to the development and progress of surgery and surgical oncology, both in Australia and internationally. In particular, he advanced the understanding and implementation of breast cancer screening and of the treatment of early breast cancer, and disseminated his knowledge as a dedicated teacher and researcher. He is survived by his children Anne-Marie, Elizabeth, Sean and Chris.