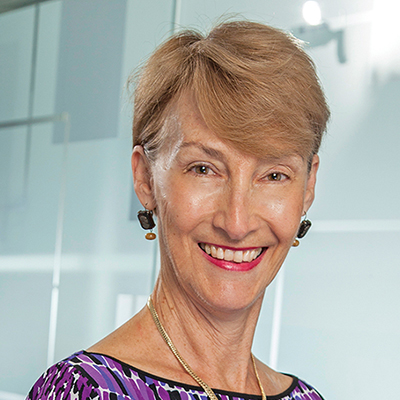 Claire Louise Jackson is Professor in General Practice and Primary Care Research, and Director of the Centres for Primary Care Reform Research Excellence, University of Queensland. Claire has been active in general practice undergraduate and postgraduate education and research for many years, and has been extensively involved in health services research and reform since the early 1990s. She was appointed to the Chair in General Practice at the University of Queensland in 2005, and in 2008 was appointed to the 12-member National Primary Care Strategy Expert Reference Group, the guiding force behind our first national primary care strategy. In the same year she provided a commissioned paper for the National Health and Hospital Reform Commission on new models in primary care. Her description of the ‘beacon’ practice model, piloted at Inala Primary Care, was adopted as both the clinical prototype for the Australian Association of Academic General Practitioner’s endorsed model for GP Superclinics, and the basis for UQ’s successful $10 million Superclinic tenders. Inala Primary Care won the Royal Australian College of General Practitioners (Qld) ‘Practice of the Year’ award in 2009.

Claire is Clinical Director of two $2.5 million Centres for Research Excellence in Primary Care Reform, one funded by the National Health and Medical Research Council (NHMRC), exploring new models of integrating care in hospital and the community, the other by the Australian Primary Health Care Research Institute (APHCRI), investigating the impact of researcher and end-user ‘co-creation’ on quality and models of care.

Her current primary area of research interest is in health system reform, particularly primary care, a topic on which she has published and presented internationally. Her MD Thesis was entitled ‘Building an Integrated Health Care Delivery System around Primary Care’. With Inge de Jong, Claire co-authored “Achieving Effective Health Care Integration – the Essential Guide”, a publication that sold over 1000 copies.

She was heavily involved in the development of Australian Divisions of General Practice in the mid-1990s, and sat on a number of Divisional Boards. She is currently Chair of Metro North Primary Health Network, one of Australia’s largest.

She is immediate Past-President of the Royal Australian College of General Practitioners and is an active clinician and GP trainer in part-time general practice in Brisbane. She was a 2014 Finalist in the Telstra Business Women’s Business Innovation and Community & Government Awards.